England Netball has revealed that the Vitality Roses will be heading to South Africa in November to face the South Africa SPAR Proteas for a three match series.Â Â 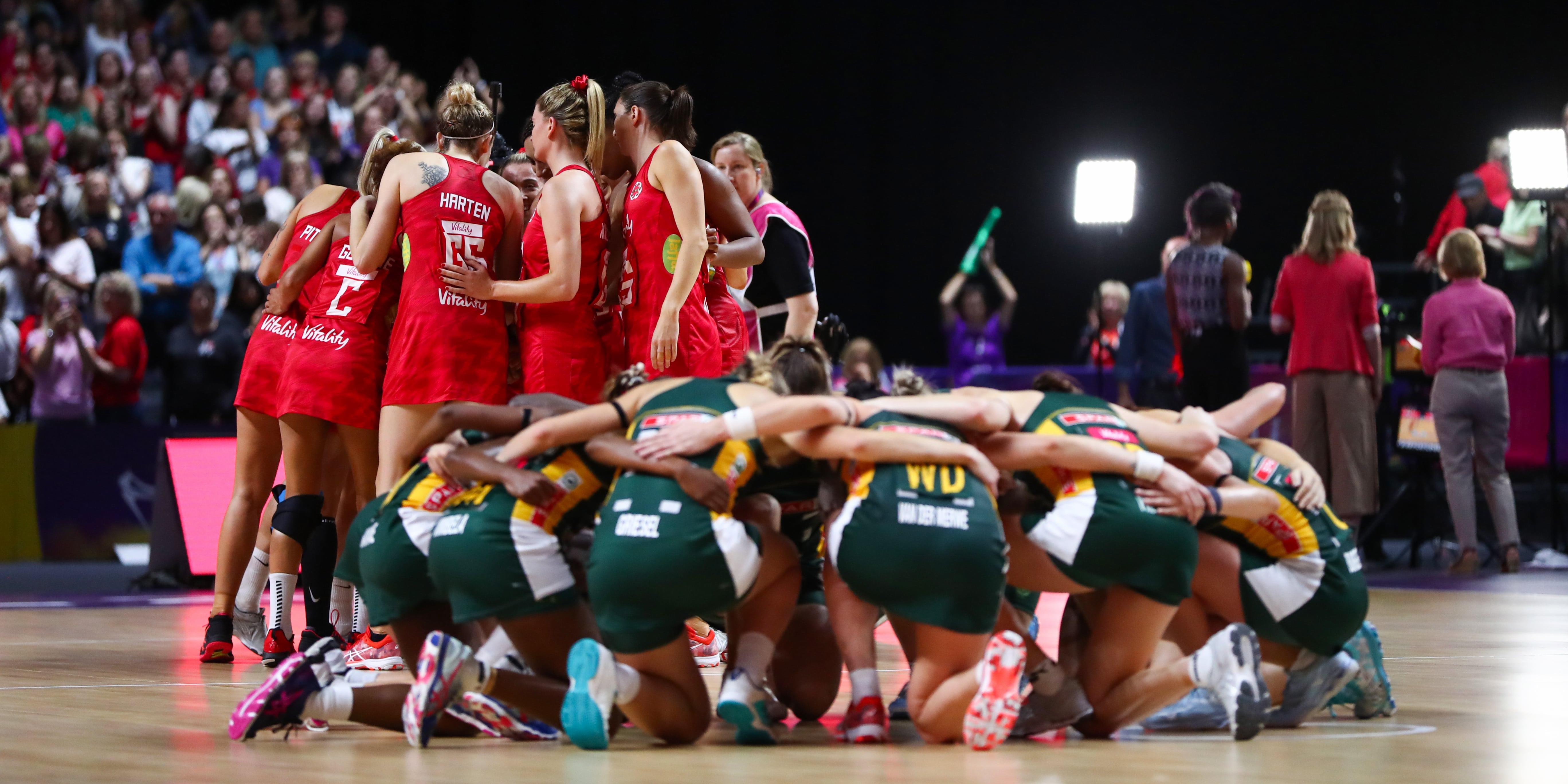 The world number three team will go head-to-head with the SPAR Proteas at the Velodrome in Cape Town on 29th November, 30th November and 1st December.??Â Â

It will be the first time that the two sides will meet following their battle for bronze at the Vitality Netball World Cup in July, which saw the Roses come out on top and secure a place on the podium.Â Â

Jess Thirlby, Head Coach of the Vitality Roses, will take a 12-strong squad with her to face the SPAR Proteas in November.Â Â

She said: ???I am very much looking forward to this series against South Africa, it???s definitely going to be an exciting few games to watch. The SPAR Proteas have been on the rise the last few years and proven themselves to be one of the top teams in the world with their highest ever finish at the recent Vitality Netball World Cup. I???m sure they???ll be looking forward to a re-match against the Roses so it???s definitely going to be one to watch.Â

???These are just the type of opportunities that we need exposure to as a Roses team early in our four year cycle and playing back to back high pressure test matches away from home will be a fantastic challenge which we will learn much from.???Â

The Roses will soon be gearing up to face the SPAR Proteas in Cape Town, which will become the home of the Netball World Cup in 2023.Â Â

Dorette Badenhorst, the South African based SPAR Proteas Coach, said: ???We are excited to be hosting England in November and cannot wait for the clash. Both teams have really gone through a transition phase and we both are building for the future. We obviously don???t want to allow them to beat us on our own turf and have a home crowd advantage this time. This will definitely be an important few games for us as we are looking forward to the repeat of our last World Cup match against England.???Â

The test series with South Africa will come a month after the Roses have toured to Australia and New Zealand for some behind closed doors match play.Â Â

They???ll initially play and train against the Australian development team at AIS in Canberra and then Australia and England will travel across to Auckland to play closed matches against the New Zealand A side for a further four days.Â Â

Sara Symington, Performance Director at England Netball, said: ???The Australia and New Zealand tour is a fantastic opportunity for all sides to play and train against their equivalent emerging talent. Many of those that didn???t compete in the Vitality Netball World Cup have limited amounts of international experience, so this tour is vital in preparing our younger Roses for large scale tournaments and to face two of the world???s best teams. It???s also a great chance for many of them to learn from some of the more experienced players in an enclosed environment. This tour and the South Africa series are fantastic opportunities for us to further prepare, expose and develop future talent.???Â

The Roses will be on tour in Australia and then New Zealand from the week commencing 23 September to 13 October.Â Â