Gunn-Rita Dahle Flesjå goes down in history as the best female mountain biker ever. Her most successful season was in 2004, when she not only had her big triumph atÂ Marathon-WC in Bad GoisernÂ but managed in the same year to become European Master as well as World Champion in Cross County and on top of it won the Gold Medal for Norway at the Olympic Games in Athens. 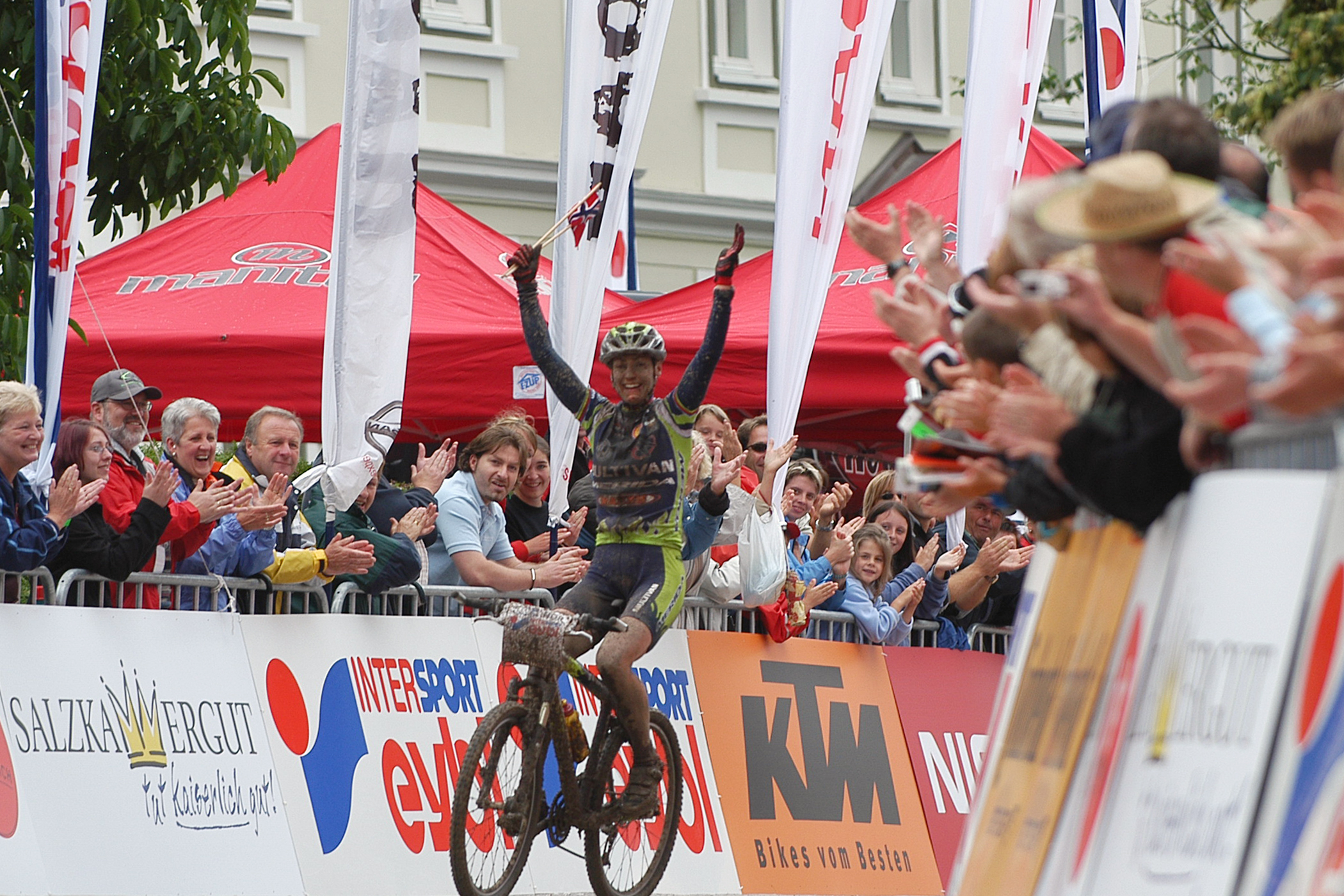 Since 2019, Gunn-Rita does not race World Cups anymore and enjoys now to tackle stress-free the most beautiful mountain bike courses with numerous like-minded. It is therefore a great honor to welcome again the great Gunn-Rita in Bad Goisern on July 18 – who will be challenging this time the extreme distance!

But our Salzkammergut Trophy is also for Gunn-Rita a very special sport event as she states in an interview:

"I really look forward participating again at Trophyand coming to Bad Goisern! In 2002, I participated at the Marathon-EM on the Trophy B-Course. The longÂ Ascent from HallstattÂ  to the RoĂalm and theÂ downhill to lake GosauÂ were amazingly beautiful. Also, I still have fond memories of the dieÂ WM-Course in 2004Â especially the long downhill toward Bad Ischl and theÂ spectacular track leading through the Ewige Wand. The track was pretty similar to the first part of the nowadays Trophy A course

This year I chose the Trophy Extreme Distance! Even though - or especially because I’m familiar with the whole distance, however I do have great respect for this challenge as I never have tackled such a long course during a mountain bike event in just one day. Also, since I’m not doing any long distances trainings anymore such as in earlier times, I’m really excited about the challenges I will be facing. 210 Kilometers and more than 7000 altitude change will be for sure also my sporty highlight of the year 2020!”