In what was the game of the tournament so far, the Proteas edged a feisty and entertaining encounter.

Pundits tipped the match to be a closely-fought and tense encounter, and that was exactly how it panned out with an end-to-end, entertaining game in store for those inside the M&S Bank Arena to savour.Â 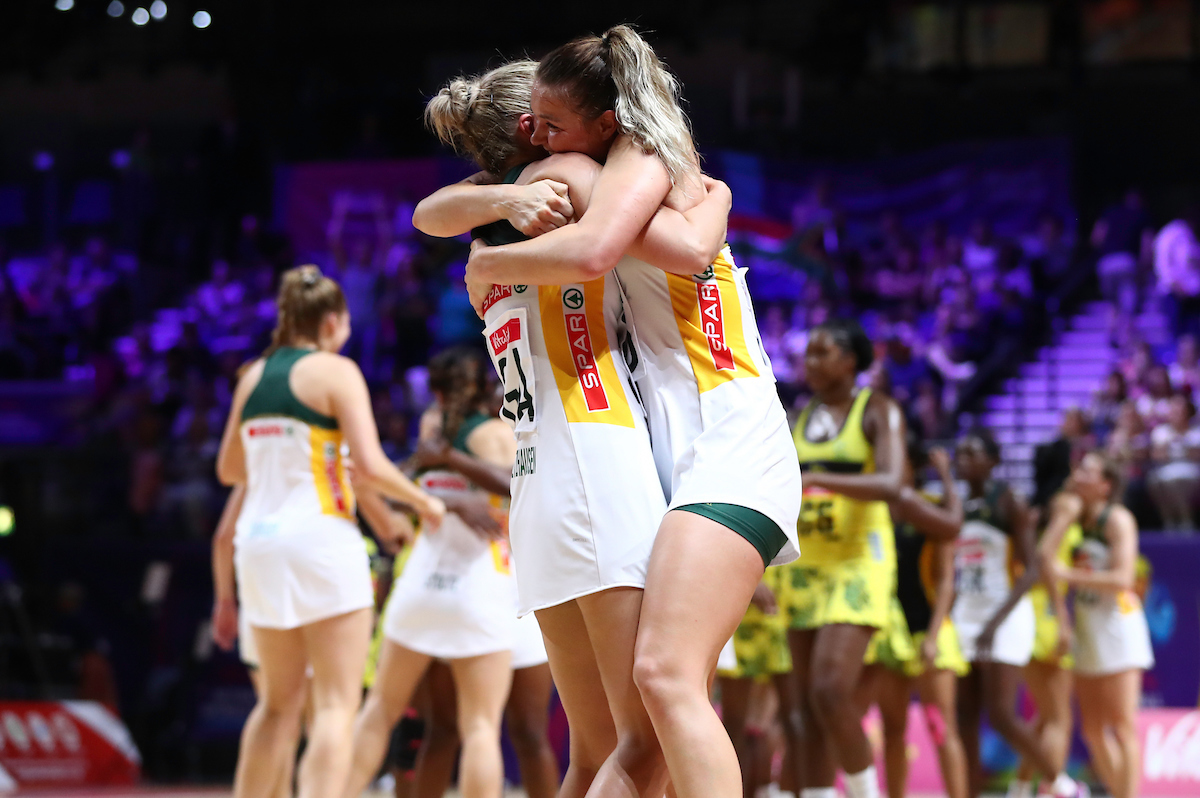 Both sides had beaten Trinidad and Tobago and Fiji – the other two members of Group C – over the course of the last two days, but this decider was always going to be the toughest match for both in theÂ Preliminaries Stage One.

South Africa, who are currently ranked fifth in the world,Â had only ever beaten Jamaica – who are behind only Australia in the world rankings – once at a World Cup, losing four times previously.

It was they who struck first, through goal shooter Lenize Potgieter, though Jamaica were quick to reply with a goal of their own.Â

With top spot on the line, the first quarter began at a frantic speed. South African goal attack Maryka Holtzhausen lacked precision in front of the net as she converted only half of her 10 attempts, but despite that, her side edged in front.Â

That lead was largely gained thanks to the clinical Potgieter, who scored each of her 11 shots. Only timely defending fromÂ Jamaican goalkeeper Shamera Sterling, winning cap number 34 for her country, prevented her from scoring more.

As the whistle blew for the end of an intense first quarter, South Africa led by five goals, with the scoreline standing at 16-9.

As the match progressed, the quickness of world-class movement and speed of play from both sides showed no signs of lapsing; if anything, it was set to increase.Â

Driven forward by centreÂ Adean Thomas, Jamaica attempted to cut the deficit and looked set to successfully do so with a strong eight-minute spell.

South Africa, though, ended the half strongly, heading in for the break 32-21 in front, their advantage deservedly extended to 11 goals.Â

Bongiwe Msomi, who became the third South African player to reach a century of international appearances yesterday in the Proteas’ victory over Fiji, saw much of the ball in the first half of the game, but her influence waned during the third quarter as Jamaica threatened a comeback.Â

Jamaican goalkeeperÂ Sterling clashed off the ball with South African goal shooterÂ Potgieter as the game began to simmer. The bumping of chests between the pair was a sign of the heightened emotions that come in an end-to-end match of such significance.

The halt in play to sort out the disagreement, however, did not knock Jamaica out of their stride. Rather, they continued to push on in search of more goals required to close the gap.Â

Pushed on by an ever-more-vocal crowd, they won the third quarter 17-10, fired forward by goal shooter Jhaniele Fowler’s 96% proficiency in front of goal, cutting the difference in scoreline to just four to set up an exciting finish.Â

The final quarter was the most frantic of all, with Jamaica pushing closer and closer to overhauling the deficit, ultimately falling just short.Â

They drew level with 10 minutes remaining in the game beforeÂ Potgieter dragged her side back in front once again with a cool finish under the pressure of the game and an opposing defender.

Back and forth the momentum swung as Jamaica levelled twice, only for South Africa to pull ahead once again at the last, showing grit and steel to deal a hammer blow of their own.Â

A three-goal lead with seven minutes remaining momentarily became two with six minutes left on the clock, but that was the tightest the scoreline got in the closing stages.Â

Jamaica won the final quarter 14-13 – but were still three goals short overall.Â South Africa’s lead, garnered over the course of the first half, was just about sufficient for them to edge over the line as they remained – just about – in front.Â

The standing ovation for both sides from a sensational match-up was thoroughly deserved.