"Some sports are still very unheard of such as Powerboat Racing, and until people like myself and Debra France were able to bring it to mainstream press such as the Daily Star, Mail, FHM and The Sun which are mass media, then very few people had heard of it, or at least if they had, it was only related to the rich and famous deemed not accessible to the regular guy and certainly girl" 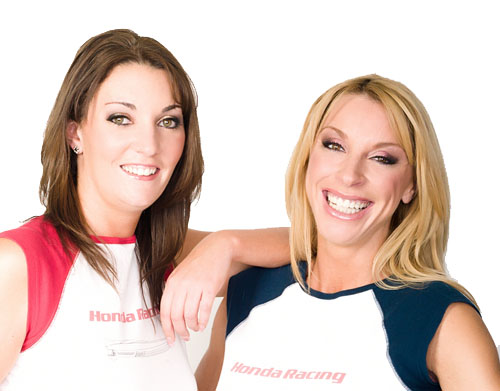 But even with this mainstream press, it’s only the smallest amount...in comparison to other sports. Powerboating is just not recognised at all, but it’s a fun sport, it’s a family sport, it’s an extreme sport, it has National, European and World Champions as other sports, and we have strict rules and regulations.

I think I’ve pushed my hardest to try and get this in mainstream for 14 hard years, but it’s tough. One of the reasons I’ve managed so far is because I’m female and it’s a very male dominated sport. So far I’m fortunate to say that I’ve been the most successful female in the sport, but I’ve worked hard for it and I’ve had my stint on a Life Support machine and still have visible scarring to prove my dedication, apart from Debra France who has been around racing for ever and has many accolades to her belt, along with Jo, we are the only girls to have raced all over the world, and with a team in America in ‘Superboat’, but still I can’t entice the press any further to watch this sport or support it. Even when I won a few International titles, the press weren’t actually that interested unless the story included my horrific accident, my stunt doubling in the Bond Movie ‘The World Is Not Enough’ or I just plain and simply, got my kit off!!! None of which I mind, it builds a story, but why isn’t Offshore strong enough on its own?

Even when the Honda and P1 teams were offered to be in a Telegraph pullout (16-8-7) it wasn’t through mass interest and Telegraph funding. The racers were asked for cash to have this printed and slotted inside, self-funded PR.

Do we need more women? Would a women’s series take off or would it just die a death? I’ve never really taken myself too seriously, how can I in a sport filled with men, without the comedy factor I would have never survived all those years ago... My seemingly infamous gregarious personality so many in the sport know me for and the sharp wit teemed with it has helped me immensely over the years, although the new series I am in now, Honda Formula 4-stoke doesn’t breed the same personality types as the Offshore racing of yester-year. I’ve been in so many situations where the Offshore racers have bent over backwards to help me...and boy have I needed help over the years. Wouldn’t want to change my own gear box oil and ruin my manicure now would I??

Infact in our first race in Honda, the steering broke on the first lap. We violently hooked the boat, with boats behind us ploughing towards us. One T-Boned us. This could have put us in hospital, but we think it’s the only reason we didn’t barrel roll!

The Honda engineers acknowledged the boat needed to be fixed for the next race 24hrs later. They wouldn’t let our team engineers fix it that day as circumstances meant it had to be fixed by them. So why we ask ourselves, how did a 1hr job get put off until just before the following race, take nearly 2hrs and still unfinished, time ran out, so we didn’t race? Could it be to do with the chief engineers common-law wife and the MD of Honda Europe’s daughter being our direct competitors? Absolutely. Again as a woman I find myself having problems that a man would never have. Our written complaints were totally ignored. What can we do?

However every team suffers with press. The press has already been allocated by the PR team and there is only 1 team that gets it. Proof is freely available about this. Emails have been rife on this subject, but duly ignored. Having relations high up in this series counts for everything. Even the current Champions get zero coverage!

Bitter? No. I’ve done more PR than I can remember and I will continue along with Jo. But it’s not the sport I used to know, but then again this isn’t actual Offshore racing. It’s a corporate deal built to impress, make money and sell Engines to the mass market. The real Offshore is a different world altogether. Infact, I can say hand on heart that our all-girl team was bad-mouthed before we had even bought the boat and there were attempts to stop us from racing. The fear was who was going to dominate the press....I raise my eyebrows at this knowledge. We have to laugh!

The more boats on the water the better I say. No matter who is in them. Male or female, young or old, black or white, let’s have some camaraderie on and off the water

Being a woman in a man’s world isn’t the tough bit, it’s the other women in the man’s world which is the tough bit. This is the first time I have raced in a series with other women. Usually they attack from afar which I ignore.....If only we had more women then I actually think it may be easier....this has been the worst season in 14 years, not because of breakdowns which have been continuous, those come as part of racing, but because of the disrespect which hasn’t gone unnoticed by many people. I’ve had a lot of jealousy over the years, from when I was on BBC2s ‘They Think It’s All Over’ in a rubber bikini, when again this female racer suggested my license be suspended for bringing the sport into disrepute, there have been endless situations I have had to cope with for being a successful female.

Ray Bulman racing Guru often talks to me about ‘back in the day’. When Ray talks, he is talking about the time when I was still in nappies. But I now know what he is talking about, as now the decades have gone by, I’m using that the same sentence as my forefathers.

I’d like to see more women enter the sport. I think with that it would not only cut down on the jealousy and animosity that I have suffered from the few females within the sport, but it would also open this up as being a more ‘normal/mainstream’ sport and maybe more women’s magazines would pick it up. We want to see this sport in Marie Claire Magazine, Elle, She, Red, Woman’s Own. It’s always good to find successful women in the male environment. Or just successful women anywhere. What’s bad is when we have to work twice as hard to succeed and our own kind attack. However. It’s the nature of the beast.

I’ll still say that this is a wonderful sport and if you want to give it a go. Then drop me an email, I’m one person that will steer you in the right direction and stamp on any animosity you may encounter on your way. After 14 years my skin is so thick that I’ve got enough armour for everyone. I also hold the majority of high ranking officials close to my chest which are years built on respect. It’s just the ba*****s that run the series I can’t control!