One of the leading British sportswomen of her generation 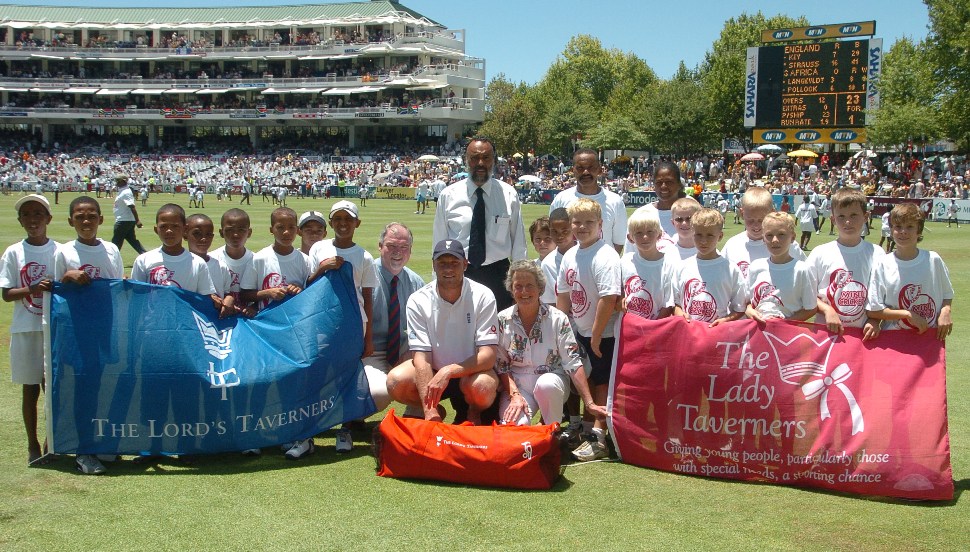 When Rachael first made her debut for England the thought of a women’s team playing at Lord’s – the spiritual Home of Cricket – was but a distant dream. Yet little more than a decade later Rachael was leading a triumphant team out on to the ‘sacred’ turf.

Further testament to the great inroads Rachael has made during her career is her election to the once most traditional of bastions of male British sport, the Marylebone Cricket Club (MCC). Having been part of the initial intake of women members, Rachael became the first ever woman in the Club’s 217 year history to serve on the General Committee, when she was elected in October 2004.

As well as having enjoyed an unparalleled career on the cricket field Rachael has also carved out hugely successful careers in journalism and PR. While playing for England Rachael became a journalist and within just four years was appointed Sports Editor of her home town Wolverhampton Chronicle.

Having enjoyed stints as a freelance sports writer with the Daily and Sunday Telegraph, Rachael was then appointed the first ever woman sports reporter/presenter, when joining ITV’s World of Sport in 1973.

After hanging up her microphone Rachael entered the world of public relations and her appointments have included acting as Ambassador/Consultant to La Manga Club in Spain and Public Relations Manager at Wolverhampton Wanderers Football Club.

While still actively working within PR, Rachael is also a tireless supporter of the Lady Taverners charity, having been elected President in 2001. A national organisation and the fundraising arm of The Lord’s Taverners, the charity supports youngsters with special needs. Over the past six years, Rachael and The Lady Taverners have raised over £6 million!

Womensportreport.com caught up with Rachael, who was given an MBE in 1972 for services to cricket, to find out a bit more about her remarkable career. 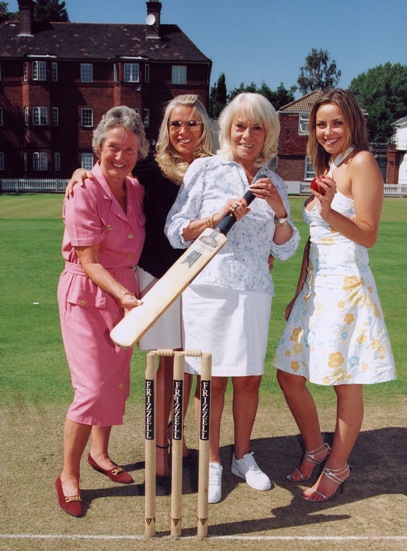 When you led England out at Lord’s what welcome did you receive? Were people reluctant to let women play there and how have times changed?

When I was captain of the England team in 1976 and we became the first ever women's team to play at Lord's we received a great welcome-about 8,000 spectators-and very supportive-especially as England beat Australia on the day in a one day international.

I still don't think nowadays women’s cricket receives the attention it merits-but as I always say women's cricket, even at international level, pales into insignificance when compared with men's cricket. It's slower, less explosive, however it still retains the charm of old fashioned cricket and rather correct stroke play.

The standards nowadays are far higher than when I played. The current England team are very athletic, very lively in the field and much fitter! They have a much larger back up team and get huge support from the ECB's ancillary services; when we went on tour or even had series in this country, we didn't always have a physio with us and certainly not a sportscience expert, doctor, bowling or batting coach!

Cricket is traditionally thought of as a boys game, how did you get involved in it?

I played cricket because it was our main summer sport at school, The Wolverhampton Girls High School. It just seemed natural to play the game, and our PE teacher was herself a cricketer and encouraged the keen ones to join Wolverhampton Ladies CC - the rest is history!

What was your proudest achievement in cricket?

Remaining undefeated throughout my time as captain-from 1966 to 1976 which was eight series in all. I also felt incredibly proud to be named one of the first Honorary Life Members of the MCC(female!) in 1998 and then to be voted onto the MCC main Committee was another great moment.

Cricket isn't the only sport you have played for England, is it?

No, I've also played hockey for England. I was goalkeeper in four internationals in 1964 and even played at Wembley in front of 65,000 screaming schoolgirl spectators - a very daunting experience! I played for Staffordshire for 25 years and and I've also played county squash and golf!


You have also been a very successful sports journalist. How did you get into that and was it difficult being a woman?

It was quite by accident that I became ITV’s first woman sports reporter / presenter. I was fifth in the Daily Express Sportswoman of the Year Awards in 1971 at the Savoy. I was so surprised to be announced onto the stage that I fumbled my way through a thank you speech which just happened to be in front of HRH Princess Anne.


The following day a picture of HRH and Jackie Stewart, the Formula 1 Champion appeared on the front page of the Daily Express entitled "The Day the Princess Laughed"! Bless them, they were giggling at one of my rather feeble jokes! Two weeks after that public oration, I got a call from the late great John Bromley, Head of Sport at ITV, who invited me to be part of the Saturday programme World of Sport with Dickie Davies-another great experience which lasted for three years.

I never believed anything was difficult in life-just because I was a woman! I just kept nagging until I got my way; I wanted to get into sports journalism so talked my way into the Express and Star, Wolverhampton. Probably knowing one of the Main Board Directors helped, he was also Chairman of Wolverhampton Cricket Club at the time! But I still had to learn the trade. When I got married I became a freelance journalist and wrote on women's sport for the Daily and Sunday Telegraph for 15 years.

How did your career in PR come about?

I drifted into PR, working for the Godfrey Davis Group; Ebel Swiss Watches; National Mutual Life, Patshull Park Hotel and Shropshire and La Manga Club as a PR consultant over the years.

I got into football when Sir Jack Hayward bought my own football club-Wolverhampton Wanderers; Sir Jack was born in Wolverhampton, as I was, and in 1970 I begged him for some sponsorship for the England Women's Cricket team to go on tour to the West Indies, and he agreed.


Sir Jack was referred to in Private Eye as "that eccentric millionaire who has supported such ancient relics as SS Great Britain, Lundy Island and Rachael Heyhoe Flint and the England Women's Cricket team!”


He bought Wolves in 1990 and took me on as PR Manager; I was elevated to the Board in 1997 for 6 years. I’m still involved and continue with my community public relations for the Club, a very important and rewarding role which provides a link between the Club and players and the Community. 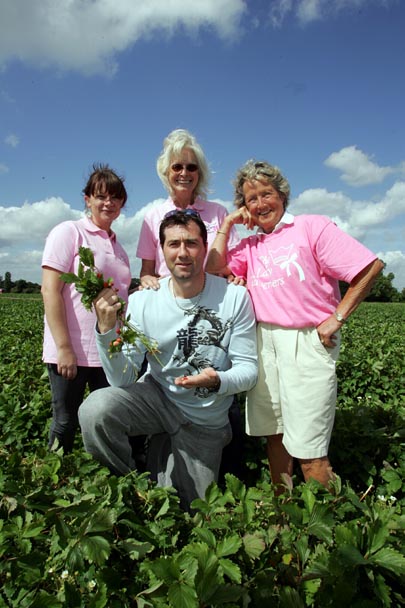 As such a pioneering women how do you think you’ve been viewed?

I've often been seen as a bit of a rebel, but I am persistent and strive to achieve for what I believe is right - whether it be for women in sport and business or for the recognition of women in life in general; but I am not a feminist!


We must not expect that recognition unless we deserve it or earn the right to be respected.

You are also heavily involved in The Lord’s Taverners, can you tell us a little about that?

One of my other great loves in my life is of course the Lady Taverners - the fund raising arm of the Lord's Taverners. We raise money through very social events to give youngsters with special needs a sporting chance and on average we raise about £750,000 a year thanks to the boundless energy of our 1,000 members in 22 regions.

In 2008 we aim to raise enough money to give out at least 21 specially adapted mini buses to schools for youngster with special needs - plus more sports wheelchairs and sports facilities. While many people think of us as a cricket charity for obvious reasons we actually work extremely hard in supporting disabled initiatives.

If there is anyone out there with some spare time, would like to support us with a donation or who wants to adopt us as their Charity for the year please have a look at our website www.lordstaverners.org or contact the office on 020 7821 2828