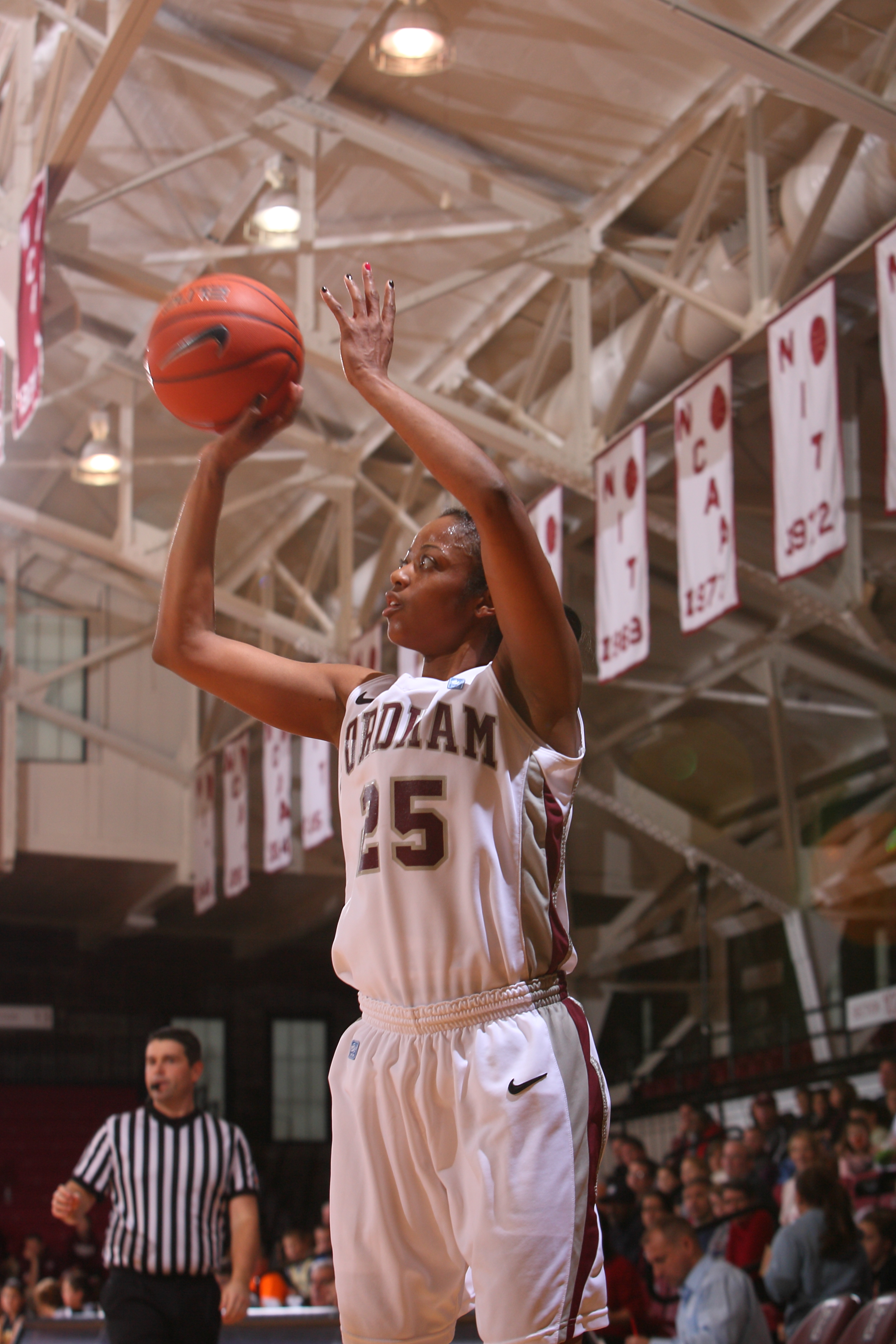 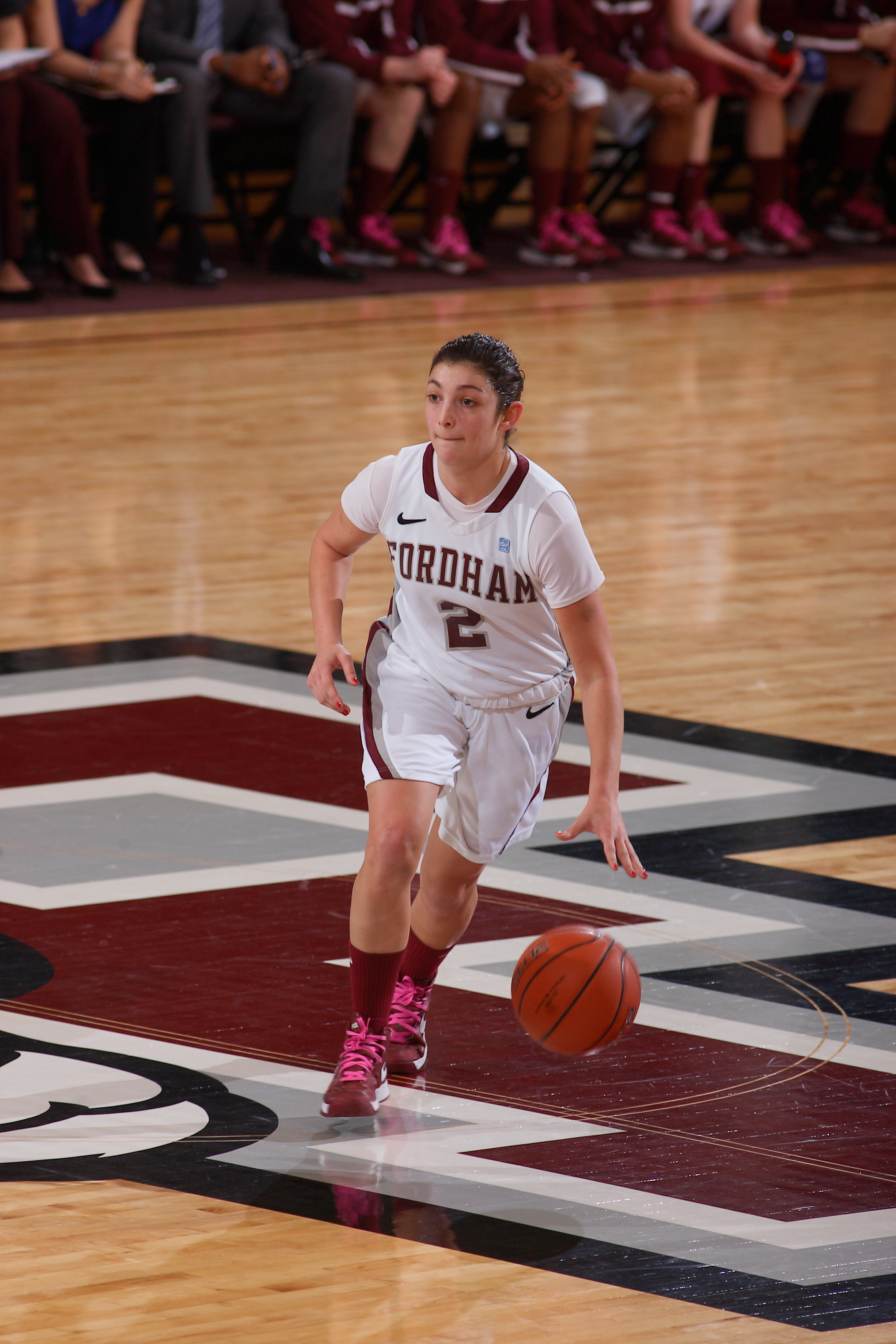 Fordham earned a bye in today’s opening round of the Atlantic 10 tournament, and as third seed will play the winner of St. Louis- Butler on Saturday in Philadelphia. Under second-year Head Coach Stephanie Gaitley the Rams put forth a 22-7 overall record, 12-2 in the Atlantic 10, which included wins over perennial A-10 powers Charlotte and Xavier, programs Fordham had never beaten.  This comes five years after the team went 0-29. 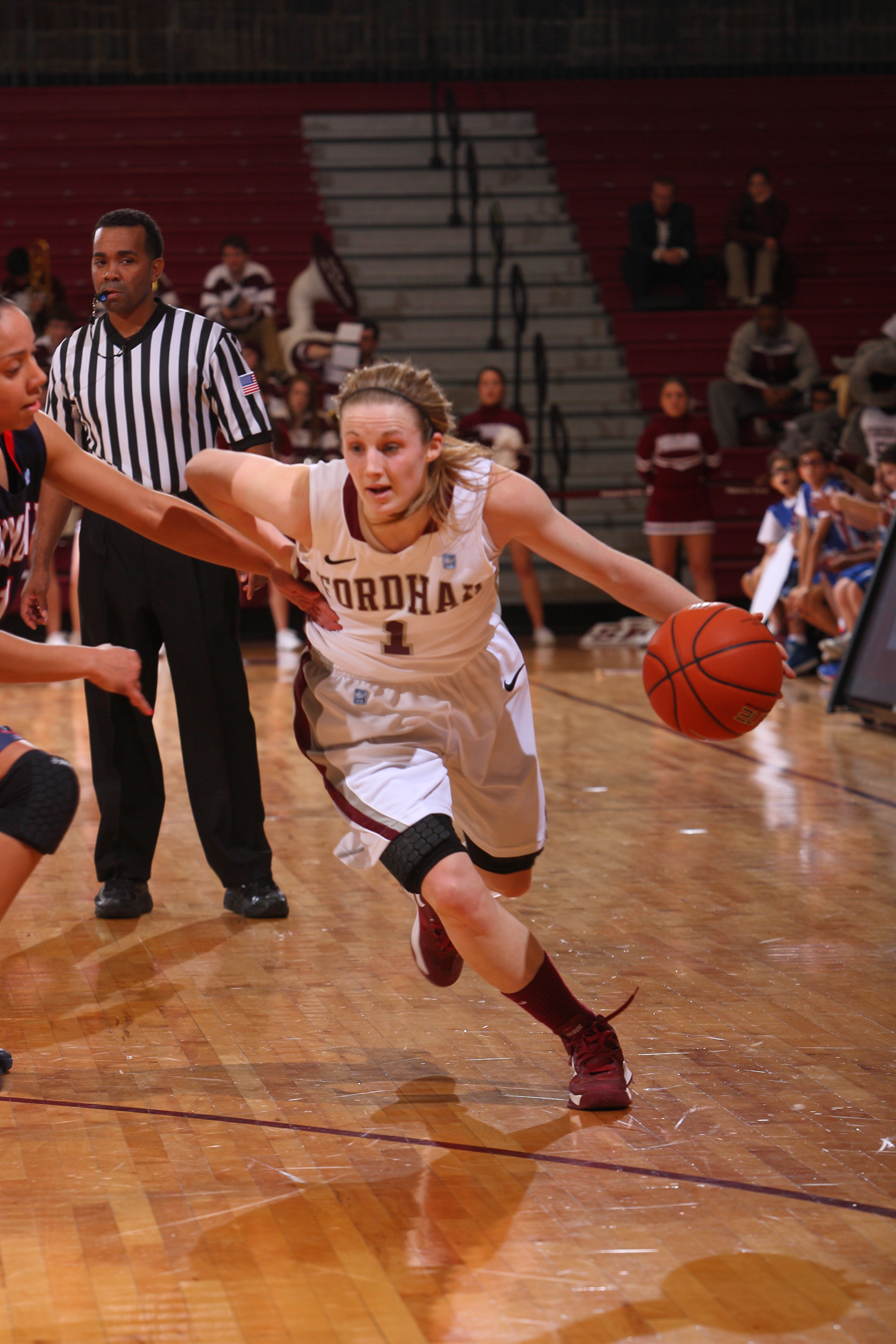 Erin Rooney
The semifinals are also in Philly on Sunday, with the tournament finals moving to the Barclays Center in Brooklyn on March 16.

Abigail Corning
The four awards in one season mark the best-ever round of postseason honors for the Rams in the Atlantic 10 and the first awards of any kind since Megan Mahoney received All-Rookie honors in 2007-2008.
Rooney's First Team selection marks the only time since Fordham joined the conference nearly two decades ago that a Ram has received the honor from the Atlantic 10. The Christchurch, New Zealand native netted 14.4 points per game in the regular season for Coach Gaitley's squad, while ranking first on the team is assists (3.7 per game), third in rebounding (5.1 per game), second in steals (1.7 per game), second in free throw percentage (83.2%) and first in assist-to-turnover ratio (1.2).
At regular season's end, Rooney was tied for sixth in the league in scoring, ranked ninth in assists, second in free throw percentage, 13th in steals, tenth in assist-to-turnover ratio and fourth in minutes played.


Rooney started all 29 games for the Rams, scoring in double figures 25 times and scoring at least 15 points on 16 occasions.

Strickland takes home Second Team All-Atlantic 10 honors after a stellar regular season for the Rams in which she led the team in scoring average (14.7), three-pointers made (1.9), three-point percentage (.350) and free throw percentage (86.9%).
During conference action, Strickland emerged as one of the most relentless scorers in the league, ranking fifth the league in points per game (15.4), second in three-pointers made (2.2) and three-point percentage (38.5) for contests played in conference.
For the season, Strickland tops the conference in free throw percentage and ranks 20th in the nation in the same category as of March 4th.
In 27 games this season, Strickland led the Rams in scoring 14 times, scoring in double figures on 23 occasions.
Entering the 2013 postseason ranked fourth in the conference in steals on the year, Collins takes home her first conference award after an outstanding effort in her final regular season in a Rams uniform.

The Hamilton, New Jersey native leads the team in swipes with nearly three per contest, but no statistic can quantify how Collins' tenacity on the defensive end of the floor contributes to Fordham's winning ways.
Rarely catching a breather, the senior guard averaged 36.9 minutes per game for the regular season, and during A-10 play she topped the conference, playing 39.6 minutes per contest.
For her career, Collins ranks ninth in the Fordham record book in steals, sixth in three pointers made, 11th in games played and 16th in assists.
Rounding out this incredible haul of awards for Fordham, Clark garners All-Rookie Accolades after a regular season in which the Neptune, N.J., native earned A-10 Rookie of the Week honors on five separate occasions, the most of any player in the conference.

Clark ranks third on the Rams in scoring with 8.7 points per game, while pulling down the second most rebounds on the squad (6.8 per game). Clark's four double-doubles ties her for the most on the team, and her 2.6 blocks per game in conference play place her third in the A-10 rankings.
Thank you so much, if you tweet or share
Tweet