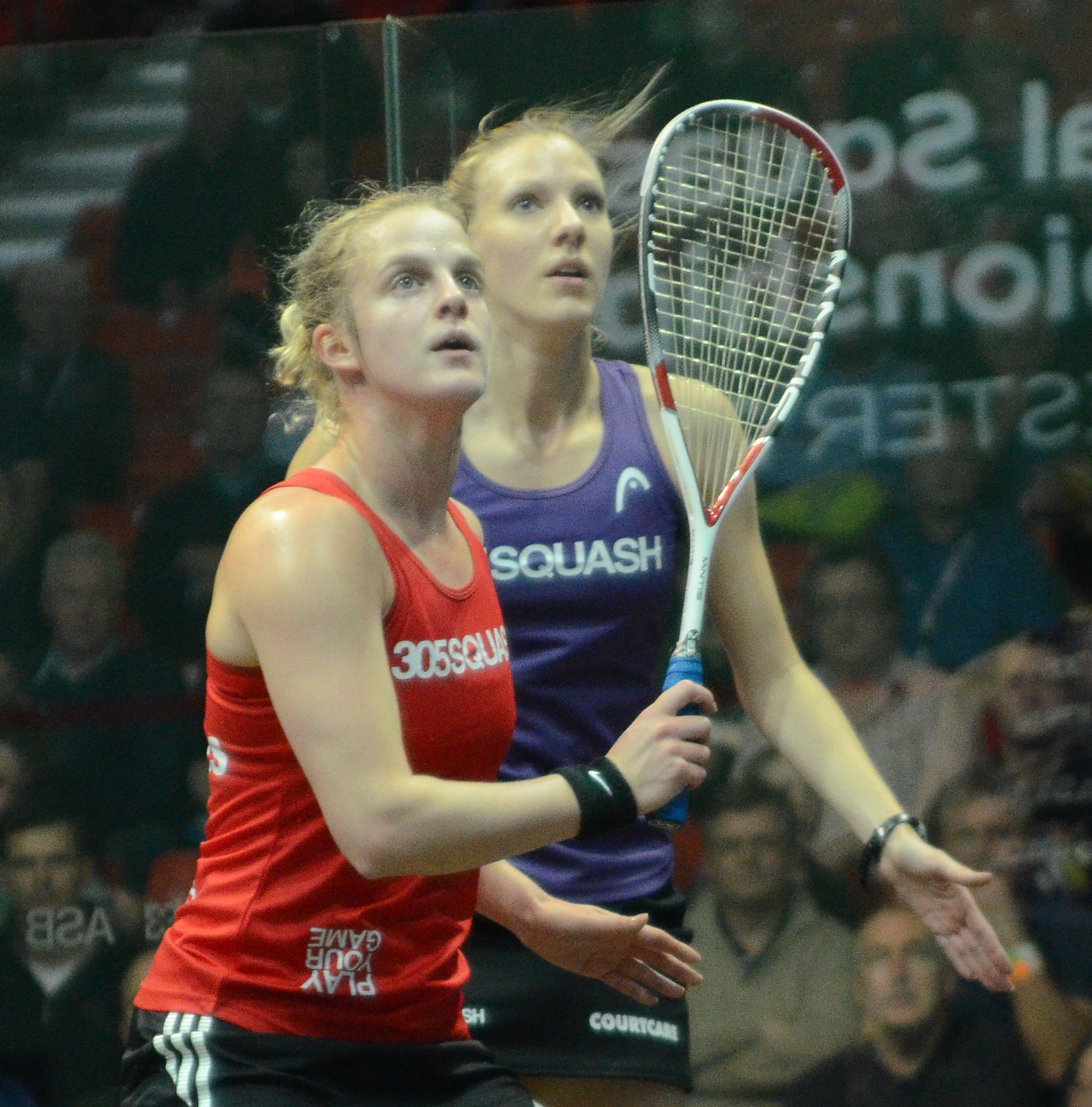 Hi Emma. Thanks for talking to us. So how did you get into squash?

Squash has always been a part of my life and I can’t remember a time without it. My parents used to play squash so it runs in the family. When I was younger they would take my older sister and I down to the club with them and I was around 8 years old when I started going to junior sessions. 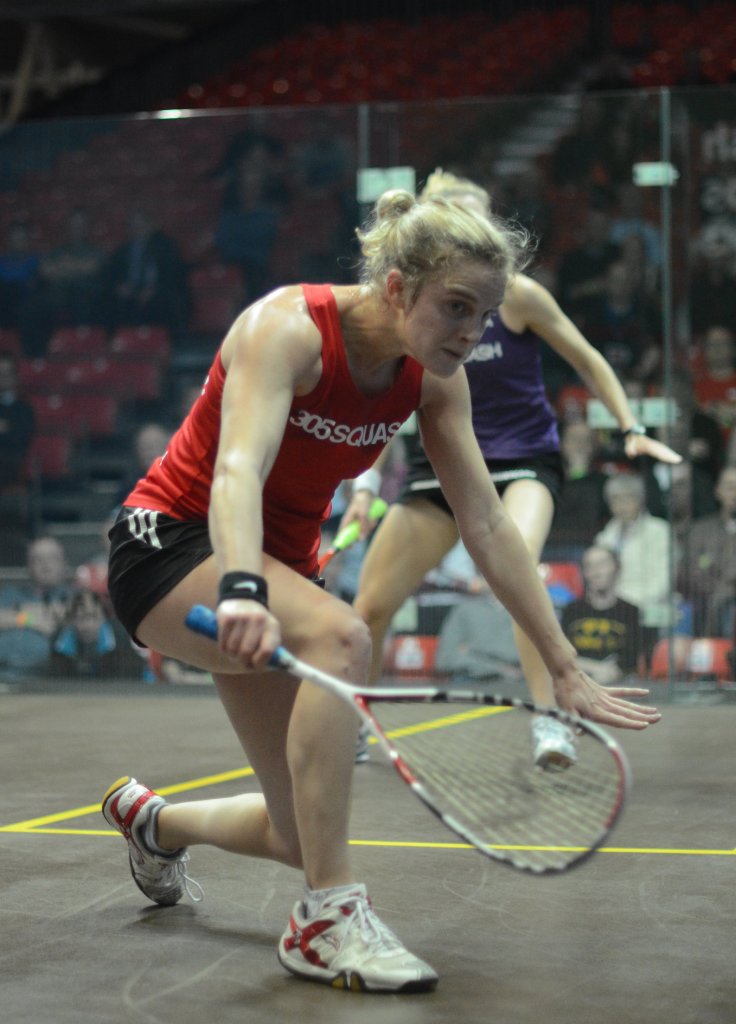 And are we right in thinking that you're also a very talented hockey player and that, when you were younger, you had to decide which of the two sports to focus on?

As a child, I actually played a lot more hockey than squash, I was even involved in national squads when I was 12. I really enjoyed playing as part of a team in hockey and generally just charging about!

However, as I improved in squash, it reached the point where I didn't have time for both sports and had to choose.

At 15 I made my decision to continue with squash and I'm really happy with my choice because the sport has given me so much. I still miss hockey, I played it again when I was at university and hope to pick it back up when I retire from professional squash.

You reached a career high ranking of World Number 21 in 2012; how are things going this year?

It has been a tough year as I ruptured the plantar fascia in my right foot at a tournament in Egypt last September. It was the start of the season and I was sidelined for two months which meant missing some of our major tournaments. It was very frustrating as I had worked hard to get my ranking up and I slipped back to world number 36.

Six months on from my injury and I finally feel as though I am getting back to my best. I won a tournament last month and I am back inside the top 30 in the rankings so I am feeling positive going forward.

What's been the highlight of your career so far?

Representing England as a senior for the first time at the European Team Championships has to be up there as that was very special. The 7 world tour titles that I have won are definitely included in my highlights!

I feel most proud of my first title which I won in Lisbon in 2007 because I only had turned professional a couple of months prior to that.

What major events do you have coming up over the next few months?

The biggest event in the next couple of months is definitely the British Open in Hull in May. It is our second largest event on tour after the World Open and is very prestigious. It is not often we get the opportunity to play on home soil and I have been based in Yorkshire for the past couple of years so I am really looking forward to that tour.

You're a Director at the Women's Squash Association. Can you tell us a bit more about that?

The Women's Squash Association (WSA) is the organisation that runs women's professional squash, similar to the WTA in tennis. We have a worldwide tour and over 300 playing members. While we employ two full time members of staff, I am one of three playing members on our board of directors which also consists of three non-playing members.

My role is mainly advisory that covers a wide variety of issues from tournaments to PR to sponsorship. I also act as an intermediary between the membership and the organisation which allows players to come to me with any issues that they want brought to the attention of the board.

It is an interesting role and I enjoy learning about the administrative and business side of squash.

Are you a supporter of Squash 2020 - the campaign to have squash at the 2020 Olympic Games?

Ever since I was a child I have loved the Olympic Games and squash fulfils every single criteria needed to be an Olympic sport.

It is played in over 185 countries worldwide and each of the 5 continents have produced world champions.

It requires mental strategy, skill, athleticism and fitness to excel and Forbes magazine has described it as the ‘world’s healthiest sport’.

A court can be erected anywhere and there have been some iconic tournament venues including next to the pyramids, in Grand Central station and alongside Hong Kong harbour!

I could go on as there are so many reasons why squash should be included. Unfortunately we have been rejected twice so the whole sport is just hoping for third time lucky!

Finally, why would you encourage girls to take up squash?

The best thing about squash generally is that it does not matter what standard you are because it is very easy to pick up and a great, sociable sport. All you need to do is be able to hit a ball against a wall and you can have a rally. As a girl you can go with a group of friends to your local centre, maybe pick up some tips at an organised session and away you go! You can have fun and not even realise that you are keeping fit and healthy at the same time!