England’s Emily Toy produced the best performance of her career to win The 116th Women’s Amateur Championship at Royal County Down. 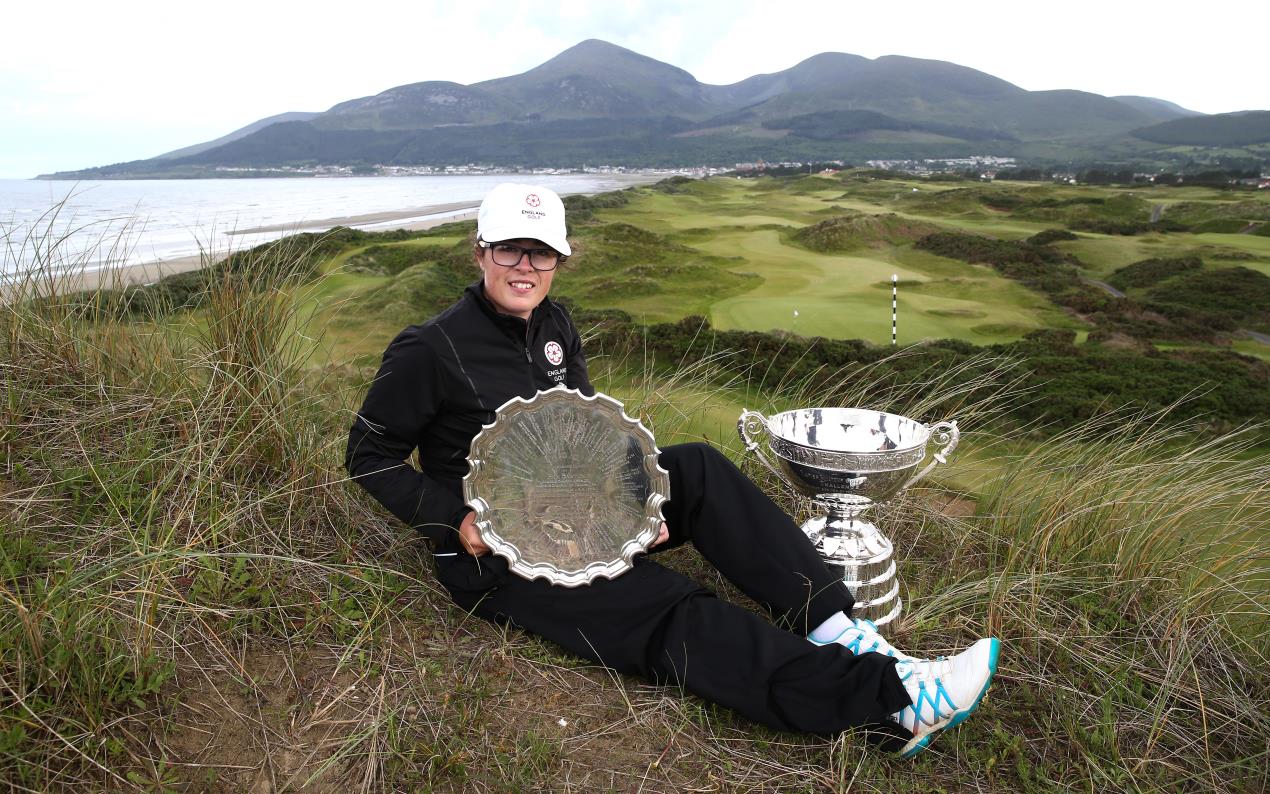 The 21-year-old defeated Amelia Garvey by one hole in the 18-hole Final over the renowned links on the east coast of Northern Ireland.

Toy, who is ranked 450th in the World Amateur Golf Ranking™, ended Garvey’s hopes of becoming the first New Zealander since 1986 to claim the trophy. In her morning semi-final against Linn Grant, the Englishwoman also shone to defeat the Swede, ranked 25th in the world, by two holes.

Toy is the first English player to win the title since Georgia Hall in 2013 and has earned a spot in the AIG Women’s British Open at Woburn in August thanks to her triumph. The 2017 R&A Foundation Scholars Tournament champion has also gained exemptions into the 2019 Evian Championship, as well as the US Women’s Open and the Augusta National Women's Amateur Championship next year.

After both players made birdies on the third hole of the Final, Garvey went ahead at the 5th after Toy’s bogey. However, Toy hit straight back at the 6th after a glorious approach set up a birdie.

The pair exchanged bogeys before another dropped shot from Toy handed Garvey the lead at the 11th. Just when it looked like the University of Southern California student may pull clear, she bogeyed the 14th to return the contest to all square. Toy, attached to Carlyon Bay Golf Club in Cornwall, let a chance slip at the 16th when she three-putted but made no mistake with a 20 foot putt for birdie at the 17th.Â

A par at the last was good enough for victory as Toy joined a roll of honour that also includes Anna Nordqvist (2008) and CĂŠline Boutier (2015).

In the morning’s semi-finals, Toy was two down after only three holes to Grant. She fought back to lead the match after Grant’s concession at the short 10th, doubled her lead at the 13th and won on the 18th thanks to an excellent approach shot.

Garvey was also down early to Daniella Barrett, who was bidding to become the first ever Finnish winner. However, the 19-year-old clawed her way back to lead after six holes and never relinquished her advantage throughout the remainder of the match to triumph 3&1.

The Pam Barton Memorial Salver was awarded to Toy with runner-up Garvey receiving The Diana Fishwick Cup. An international team award was presented after the stroke playing qualifying rounds with Italy taking the honours with an aggregate score of 296.

The 117th Women’s Amateur Championship will be played at Kilmarnock (Barassie) from 23-27 June 2020.

“It’s amazing to win. I played solidly all week. I stayed in the moment in the final and handled my nerves. I really struggled this morning off the tee but I found the fairways this afternoon which gave me the chances. My putting was also really solid from long distance.

“I went to Australia in January and won the New South Wales stroke play qualifying but given it was a match play tournament it didn’t really feel like a win. I’ve been hunting a win down and been playing quite nicely this year so to do it here is amazing.

“I was ranked about 800 in the world at the start of the year but I’ve been ticking down the rankings, especially after the way I played in Australia. Hopefully I can come down a few more spots after this week!”

“It’s amazing to have these major opportunities now. I look forward to a couple of days of rest and then it will all sink in.”

On being the first English winner since Georgia Hall:Â “To see the names on the trophy is awesome. I’m so proud to be on there too now.”

“I gave it everything. I left it all out there which is all I can ask for. I’m really proud of the way I played. It’s been an amazing week.

“Emily played incredibly well especially down the stretch. She slipped up once on 16 with a three putt but apart from that she didn’t miss many fairways or make many mistakes.

“I really wanted to win but playing in front of all those people and just getting to the final was a great thrill. This is my best achievement in golf so far and gives me a lot of confidence going forward.”