De Roey Flies into the Lead with Two Eagles

Manon De Roey soared into the halfway lead with an eight-under 64 in the second round at the Women’s New South Wales Open. 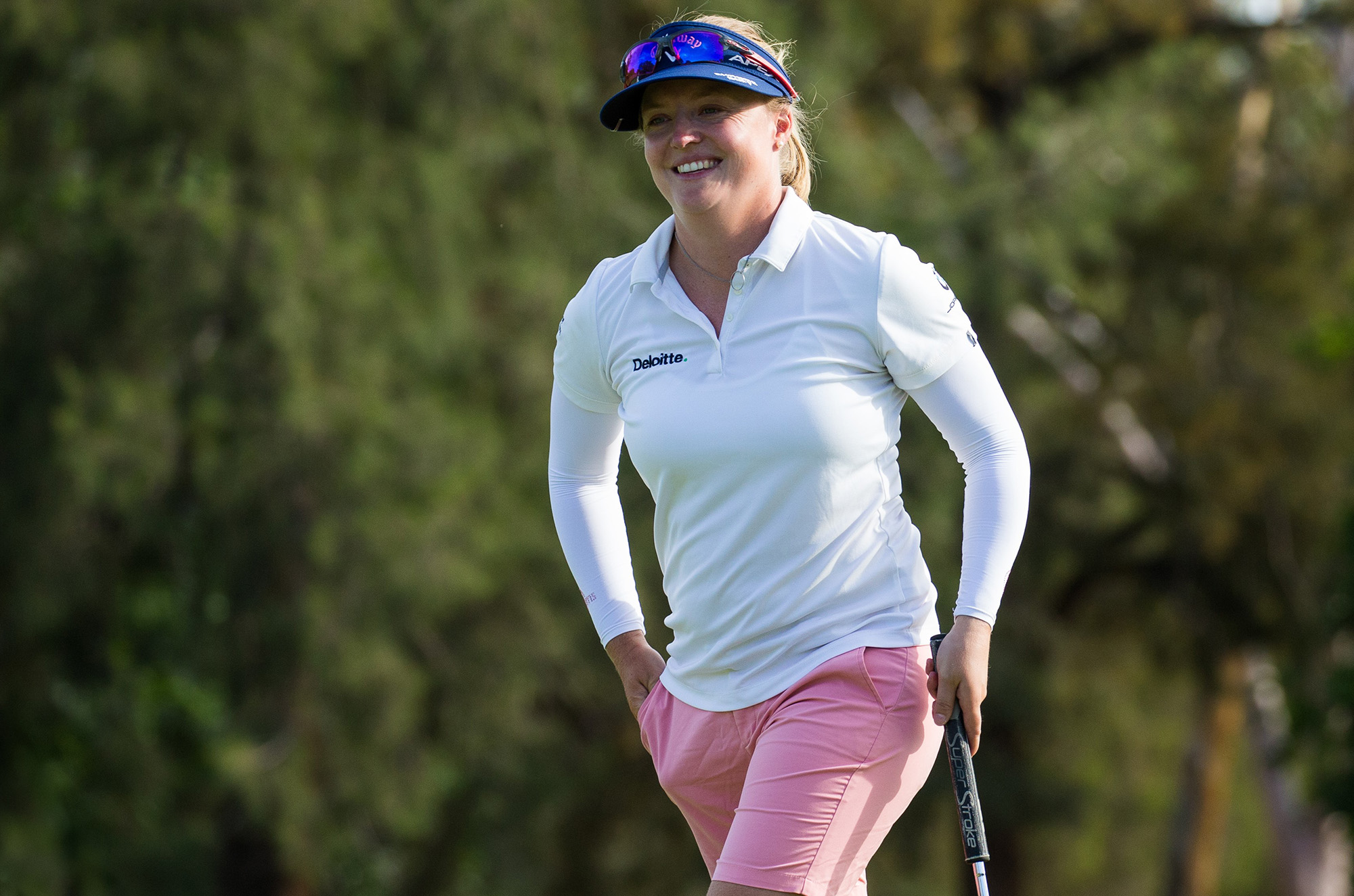 “I made two eagles, which definitely helped,” said the 28-year-old from Schilde, in the province of Antwerp.

“Every putt I looked at, I felt like it went in, and it was pretty easy.”

The three-time winner on the LET Access Series started her round with an eagle three on the third hole and went out in 32 with birdies on the par-4 eighth and par-5 ninth holes.

It was a similar story on the back nine, as she then eagled the long 10th, birdied the 12th and bogeyed the 13th, but immediately recovered with a birdie on the short 14th and then made an incredible par save on the narrow and tree-lined 15th before adding another birdie at the 16th for an inward nine of 32.

“I hit my drive on 15 a bit right and had to punch it out and it went into the bunker, but I love bunkers and I don’t stress about bunkers and I made an up and down.

“The key is to hit fairways because the rough is pretty thick and if you miss it by one metre, it’s pretty hard to get it out. I’m not sure how many fairways I hit today, but I managed to get around and took advantage of the par fives.”

Long-hitting Indian golfer, Dagar, who will defend at the Investec South African Women’s Open in a fortnight, also eagled the 10th in a round of 68.

She said: “My approach shots were very good, and my putting. I had a birdie chance on every hole. My driving was slightly off and I missed left and right on a few holes, but my irons were great.”

Lennarth, who earned her sole LET title in the 2014 Slovak Open, was pleased with her 69 on a more difficult scoring day.

The popular Swede said: “It was quite windy when I teed off today and it was pretty tricky to determine if it was south-west or south-east and it was swirling up in the trees and it’s narrow. Sometimes the trees come out a bit and you want to start it into the middle of a tree and bring it in. If you have a good iron game and overall ball striking, I think you can keep expecting some low scores because the greens are quite receptive.

“It’s been a while for me since I’ve played well. I did have some good rounds in Spain at the end of last year, but it wasn’t a very good year for me. I haven’t been in this position for a while, so I’m expecting a few nerves, but I’m excited to be in this group and position and I’m going to do my absolute best tomorrow and then see where I am.”

Sauzon set the target earlier in the day, with a five-under-par 67.

The 28-year-old from Bourg-lès-Valence in south-eastern France, who studied Chemical Engineering at the University of Tennessee at Chattanooga, said that her first bogey on 11 spurred her on to make three birdies in a row from the 13th. Â

“I’m really pleased with how I played. I hit some really good shots close to the pin and made the putts. Yesterday I didn’t make the putts. Today they went in, so it was a good round.”

Although this is her fourth time in Australia, it is her first visit to Dubbo and she said that the course is the narrowest she has ever played on.

“We had one tight course in Spain last year, but I think this one is a lot narrower.”

Julia Engstrom was also at seven-under but bogeyed the last hole to drop into a tie for fifth alongside Michele Thomson.

Thomson said: “My putting was great again today. I probably didn’t hit my irons as well as yesterday but when the putter is working it helps you to get up and down when you need to and the driving was good as well today. I probably missed a few fairways that I didn’t yesterday, but not by much. Overall, I’m playing solid.”

The 2018 and 2019 champion, Meghan MacLaren, finished just inside the projected cut line, on five-under-par after rounds of 75 and 74.