Dame Emma Jane Brown was one of the best international show jumpers of her generation.Â  She first hit the sporting headlines in 1984 at the age of 20 when she won the Ladies National Championship of Great Britain.Â  Three years later she secured the coveted Foxhunter Championship on her world famous horse Oyster at Wembley Arena.Â  In 1989, she became the first female show-jumper to compete on the American Fall Circuit when, as part of the British Nations Cup team, she won the World Cup qualifier.

In 1990 Emma added the prestigious Queen Elizabeth II Cup to her string of titles and regained the Ladies National Championship of Great Britain in both 1995 and 1996. She was selected by the international committee to represent Great Britain in the Nations Cup a staggering 13 times and was the highest ranked female rider for many years, recognised as an esteemed ambassador for the country.

“I consider myself lucky" she says. "I had a happy home life, was privileged to be given a pony at an early age and had a love affair with horses and riding that developed into a successful career as an international show jumper. That career took me all over the world, put silverware on my mantelpiece and delivered a tremendous lifestyle. 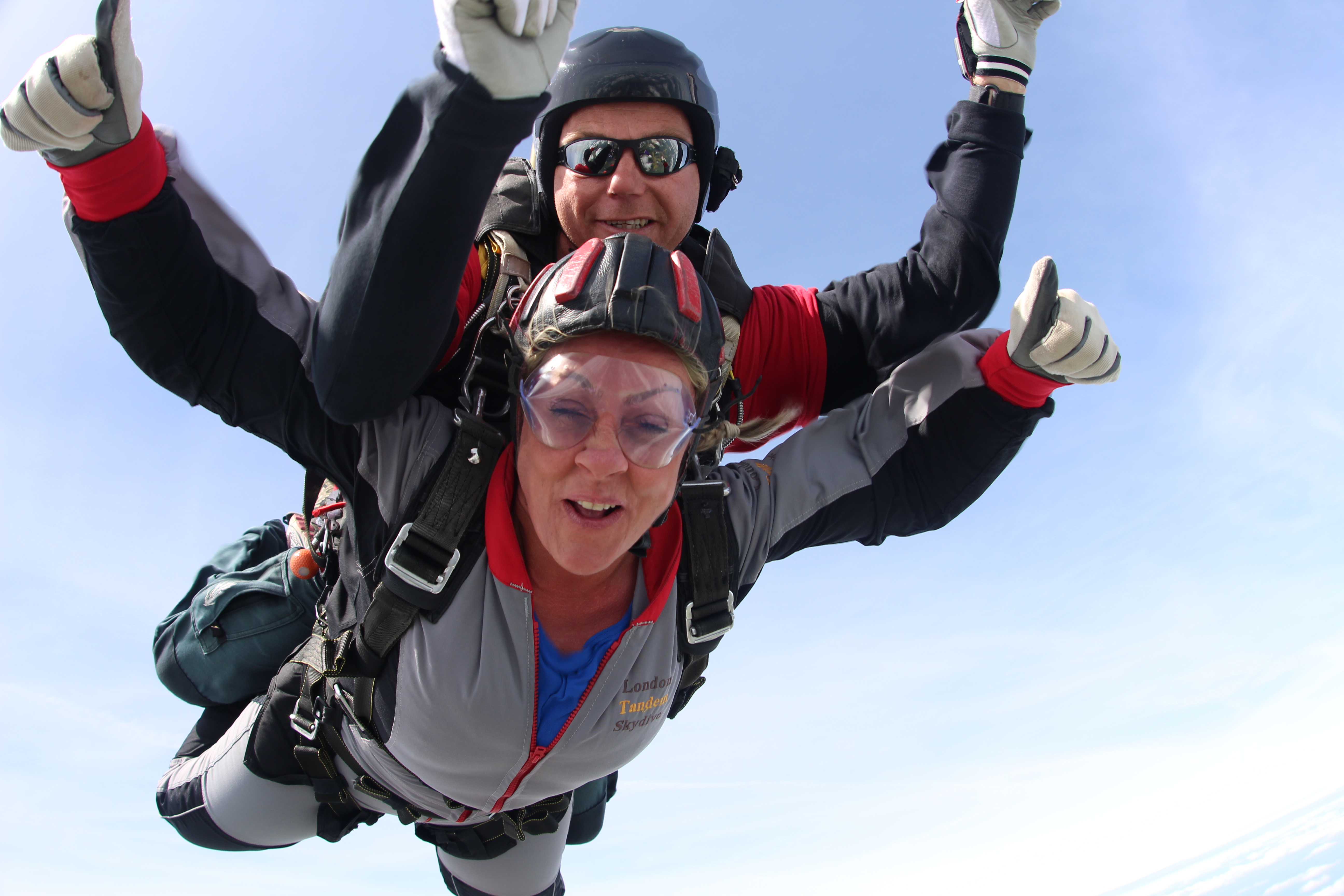 “I don't want anyone to think it was easy however. Far from it, riding, and especially competing at the top, demands hard work and dedication at the expense of a personal life. Most of your waking hours are spent in training, you’re frequently anguished about the health and well-being of your horses, and face daily risks to life and limb. Show jumping is a dangerous sport.

In spite of the numerous trophies and the immense pride in representing her country many times, the disappointments and heartache came too. The low point of Emma’s career arrived when her much-loved horse Everest Oyster died of colic just 14 weeks from the Seoul Olympics. There was injustice too, when she was picked to ride for team GB, she suffered a terrible backlash from her male team members.Â  “It wasn’t enough to be as good as them, as a woman, I had to be better than them”.Â  Thankfully, the nasty comments and alienation made her even more determined to succeed.

The ultimate life changing disappointment came in 1998 when she discovered that she had developed a severe allergy to horses and had no choice but to retire. She was just 37 years old. A show jumper’s career can last a lifetime – remember Peter Charles jumping at the London Olympics in 2012 and winning gold. He was 52. Nick Skelton, one of his team mates, was 54. Sadly Emma’s career in the arena was cut short when it was in the ascendancy. 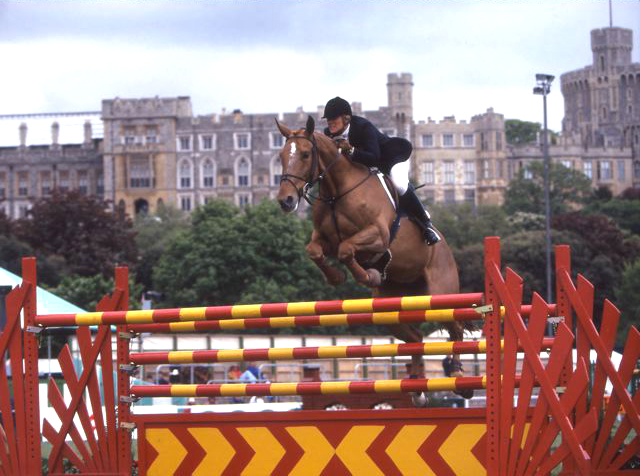 She continues, “After hanging up my boots I've stayed involved in the sport, firstly as a commentator for Sky and Eurosport, and in recent years, as an ambassador for Riding for the Disabled (RDA). Â I wanted the connection, needed to put something back into the sport, was committed to making it better, safer and bring more people into it.

“A couple of years ago I met a truly inspirational woman through Riding for the Disabled (RDA). I am an informal ambassador for the charity. Karen Law is Britain's first blind show jumper. She suffers from bilateral colobomaand is registered blind.Â  Amazingly she jumps courses that many able bodied riders would baulk at with the help of a guide rider or shouting instructions from the ground. Karen needed a mentor and I become that person. She also needed a horse of her own to compete on and so I decided to raise the money to buy her that horse. My mad antics included a sponsored sky dive - not my favourite pursuit, but the fear and adrenaline paid off. A year and a half ago, I got together sufficient funds to buy Karen a beautiful and talented grey mare called Pearl who has been her equine teacher and best friend ever since,” she explains.

Karen and Pearl are going from strength to strength, but like other para show jumpers Karen needs more events to compete in. The BSJA currently only stage three major competitions for them annually and it's simply not enough. Karen needs support in other ways too, for example, Pearl is stabled at her trainer Adrian Marsh’s yard in Croft. Karen lives in Stockport and to make the journey to ride Pearl twice a week she has to take a bus, train and taxi - it's a five hour round trip! Karen is stoic however. She never complains. When asked recently if she had to makeÂ choice between getting her eyesight back or keeping Pearl, said she would choose Pearl. Such is her commitment to her sport and her horse.

Emma adds, “Watching Karen jump never fails to move me and I will do everything in my power to advance her career and improve her life. Â But it's not just Karen who has won my admiration. I have recently got to know a number of the other para show jumpers including Karen Bostock, Sarah Jo Gregory-Wicks and Mark Eldred Jones.Â  All are incredible riders and inspiring people."

Emma is now committed to campaigning on behalf of para show jumpers who need more recognition, support and competition. She explains, “The sad truth is that they are being let down.Â  In spite of their monumental achievements, they have to deal with all manner of struggles, whether it’s Mark’s need to borrow a horse box to get to a competition; a course set up that might unfairly punish someone like Karen Bostock, who is paralysed in her right knee, or the fact that there are only three major competitions to compete in.Â  Much more could be done.

"It doesn’t stop there either, having attended para shows, I have witnessed prejudice amongst some able bodied riders. Badly set up courses, early classes for the paras which make journeying to a show especially stressful, lorry parking for the horses too far away from the main arena and even rudeness from those involved in the sport.

"I am not normally a whinge, but I want to make positive change, the word has to get out."

Emma also works hard to encourage more people into riding and has an involvement in an unaffiliated competition called Arena UK which encourages riders at every level to take part. Part of her campaigning also includes working hard to make the sport safe, especially for children and young people.

She says, “I want to encourage the next generation to get into horse riding, and reducing risk is imperative. Horses and riding have shaped my life so positively that I want as many young people to enjoy it in whatever discipline they choose and at whatever level they do it.

“I would say to parents that if your child gets the horse bug, he or she will learn so much from riding and being around horses - compassion, responsibility, sportsmanship, courage and self-esteem.Â  And for those with teenage daughters, riding and a love of horses will keep the boys away for a few extra years!”

This year Emma launched a range of protective clothing called REVO. Working alongside a neurosurgeon, she designed a collection of protective clothing that moulds to the child's body according to body temperature and gives extra protection without being bulky. As well as body protectors, the REVO collection includes funky blouson jackets and garments made out of materials like denim, making them fashionable, versatile and wearable for other sporting activities. She says, "Revo is action clothes for action kids."

Talking about the benefits of riding for Emma adds, "Riding is fun and exciting and challenges you physically and mentally. Good horsemen spend a lifetime improving their skill. If you are looking for a pastime that will deliver fantastic exercise in the great outdoors along with a host of other benefits, give it a go."