“They are all exciting prospects and have proven their ability and talent in the Australian 21/U Team and also in the highly competitive Commonwealth Bank Trophy this year,” Plummer said. 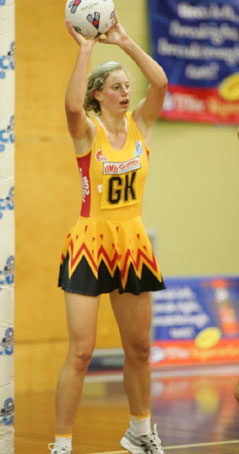 Vice captain, Sharelle McMahon, along with eight teammates from the victorious World Championship line-up, headline the 17-player Australian Squad. Towering 196cm goalkeeper, Susan Fuhrmann returns to the Australian Squad after a frustrating spell of knee and foot injuries and adds crucial height to the defensive options.

“With Fuhrmann injury free, we will be able to really develop her game over the next 12 months,” Plummer said. “Her height also adds a different dimension for us against some of the taller, imposing shooters internationally.”

Plummer is confident that all three rookies will make an impact over the next few years.

“Renae Hallinan has great speed, is a specialist one-on-one player like Selina and will be a great asset. Laura Geitz plays on instinct and reads the play so intuitively and Madison Browne is a smart, intelligent player who can feed into the circle well,” she said.

The Australian Squad will refine their skills at a series of specialist camps in February 2008 before embarking on the challenges of the inaugural ANZ Championship with their club teams in April. The Australian Team will be selected later this year to contest an international test series against the New Zealand Silver Ferns.