The Constellation Cup was left hanging in the balance after Australia squared the Cadbury Netball Series with a 48-42 win over the Silver Ferns in Auckland on Wednesday. 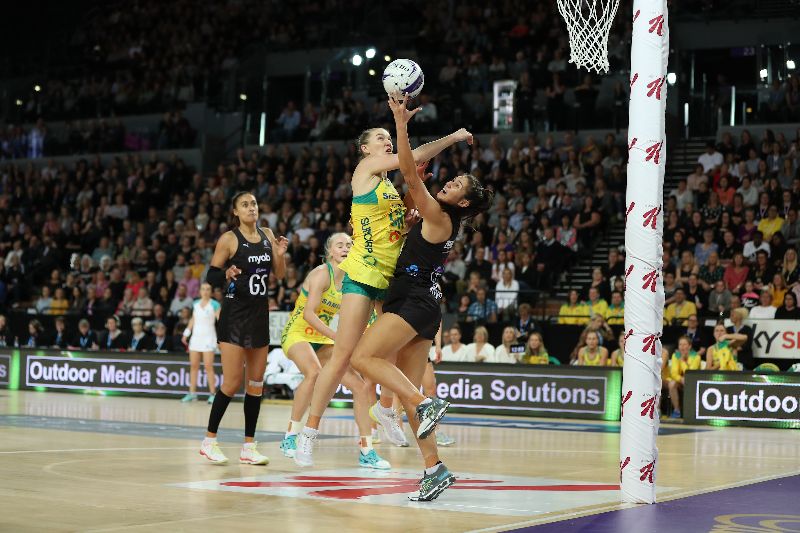 The Diamonds bounced back from their 53-52 first Test loss with a more cohesive outing in the second which produced a torrid and physical clash in coach Lisa Alexander’s 100thÂ Test in charge.

The series will now be decided in Australia with tests in Sydney on Sunday and Perth a week later.

In a match highlighted by blockbusting defence, which created a feast of turnovers both ways, it was the Diamonds ability to make the most of their opportunities through the outstanding individual efforts of defender Courtney Bruce and accurate shooting of Gretel Tippett.

Down by 10 goals at one stage, the Silver Ferns produced a gallant second half, chipping away to remain in contention throughout but could not deliver consistently enough to breach a staunch Australian effort. 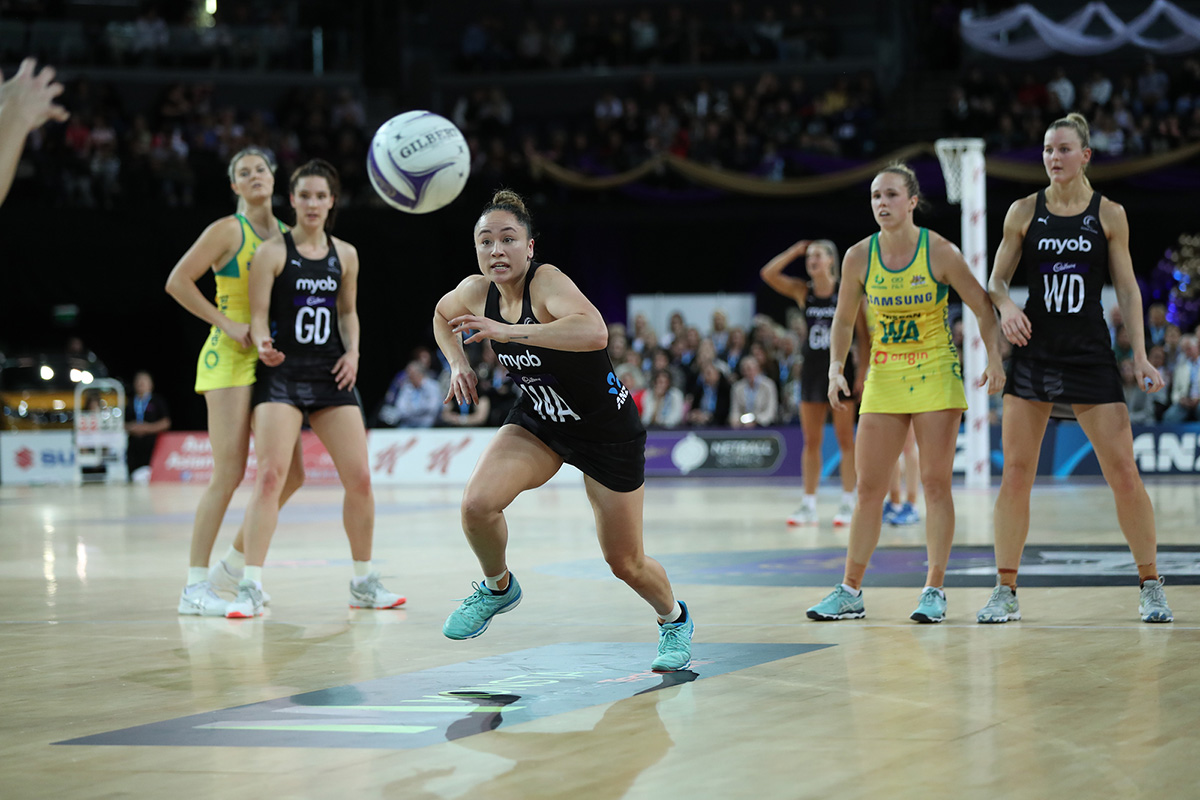 “The Diamonds did a really good job at the final line of defence,” Silver Ferns captain Laura Langman said.

“We need to show that tough is our norm now and we need to be able to create that one more pass to deliver unstressed ball into the circle. We did some nice stuff but just when we needed to punch through, we lost our composure.”

With Phoenix Karaka ruled out with a mild concussion, Karin Burger got the start at goal defence for the Silver Ferns in an otherwise unchanged line-up from the first Test.

After making her debut in the first Test, wing attack Laura Scherian got the starting spot in Auckland for the Diamonds while Bruce came in at goalkeeper.

Big defence was, once again, on show from the opening whistle, an intense contribution from in-circle Australian defenders Jo Weston and Bruce putting the squeeze on the Silver Ferns attacking line.

With Ameliaranne Ekenasio kept under tight wraps, Maria Folau stepped up in front of her former home crowd with a strong start to keep the Silver Ferns well in contention. Quick through-court transition helped Australia hit the first break with a 13-10 lead.

There was no lessening of the defensive intensity on the resumption, continued Silver Ferns pressure from Jane Watson, Burger, Katrina Rore and Langman creating turnover opportunities whenever Australia threatened to take off.

The Silver Ferns were able to keep within touching distance but superior through-court clearance on attack, and the influential presence of goal attack Tippett who shot a perfect 16 from 16 ensured the Diamonds edged out to a handy 26-21 buffer at the main break.

The Silver Ferns slipped further behind as Australia dominated the opening exchanges of the third stanza. On the back foot, the home side changed the mix with fleet-footed wing attack Whitney Souness coming on for Shannon Saunders, closely followed by shooter Bailey Mes taking over from Ekenasio at goal shoot.

The pair injected impetus and spark on attack for the Silver Ferns, producing a much-needed lift as the New Zealanders went on an unanswered six-goal scoring spree to keep them well in the hunt at just four goals adrift.

Australia steadied their ship, leaving the stanza all-square at 11-goals apiece as the Diamonds maintained their five-goal buffer when leading 37-32 at the last break.

If the Aussies wanted to go into game three in Sydney with the series tied at one win a piece, they had to get off to a strong start. And they got just that, scoring three of the first four goals of the quarter to extend their lead to seven.

Lisa Alexander opted for an entirely new look up forward to close out the game, with Philip at goal shooter and Tippett out in front of her at goal attack.

It proved to be a good move, as the mobile shooting circle allowed the Diamonds to keep the ball away from the Ferns while also keeping the scoreboard ticking over, as the Australian’s finished with a six-goal win.

Game three of the series will take place this Sunday at Sydney’s Qudos Bank Arena, with tickets for the massive match still available through Ticketek Australia.