TACTIX AND MAGIC FIGHT IT OUT TO ANOTHER NAIL-BITING DRAW FAST-FINISHING MYSTICS PIPPED AT THE POST
Basketball - 22. January 2020.

Three athletes with previous USA Basketball experience have been added to the USA Women’s National Team rosters for at least a portion of the two collegiate exhibitions and three FIBA Olympic Qualifying Tournament contests. 2019 FIBA AmeriCup gold medalistÂ Katie Lou SamuelsonÂ (Chicago Sky) will return to play her alma mater when the USA faces University of Connecticut on Jan. 27 at 7 p.m. on ESPN2 and against the University of Louisville on Feb. 2 at 2 p.m. on ESPN. Additionally, Samuelson, 2019 WNBA championÂ Ariel AtkinsÂ (Washington Mystics/Texas) and 2018 USA World Cup Team finalistÂ Tiffany MitchellÂ (Indiana Fever/South Carolina) will compete in the FIBA Olympic Qualifying Tournament in Belgrade, Serbia, from Feb. 6-9. 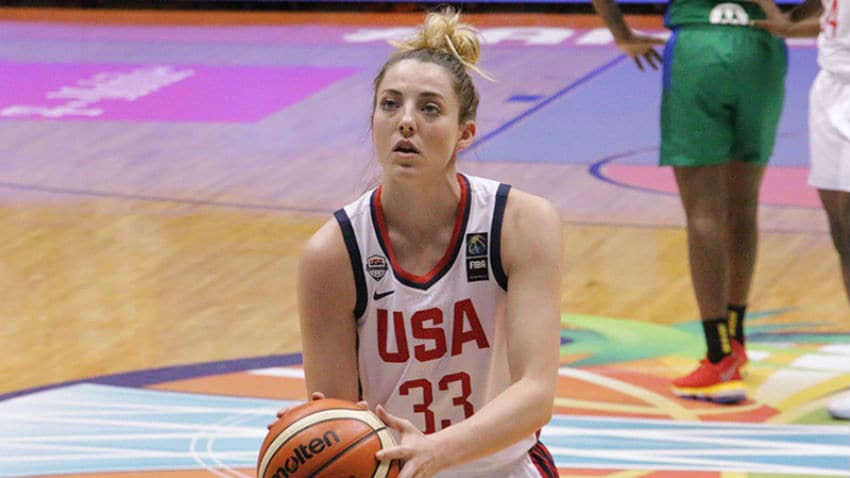 Diamond DeShieldsÂ (Chicago Sky/Tennessee) andÂ Diana TaurasiÂ (Phoenix Mercury/Connecticut), who originally were announced to compete in the FIBA Olympic Qualifying Tournament, are unable to compete and will not join the U.S. squad in Europe.

Following the exhibitions at Connecticut and Louisville, the USA will continue preparations in its quest for a seventh-straight Olympic gold medal as participants in the 2020 FIBA Olympic Qualifying Tournament.

The U.S. was drawn into the Belgrade, Serbia, group and will face host Serbia on Feb. 6, followed by Mozambique on Feb. 8 and Nigeria on Feb. 9. The top two finishing teams, aside from the Americans who have already earned a spot in the 2020 Olympic women’s basketball field, will earn an Olympic berth. All three FIBA Olympic Qualifying Tournament will be broadcast on ESPN+.

Mitchell and Samuelson are members of the 2020 USA National Team pool, while Atkins is joining the team in hopes of being added to the pool at a later date.