CHICAGO (Jan. 17, 2020) – U.S. Women’s National Team head coach Vlatko Andonovski has named the 20 players who will represent the USA at the 2020 Concacaf Women's Olympic Qualifying tournament being held from Jan. 28-Feb. 9 in Texas and California. The USA opens the tournament, which will send its top two finishers to Japan, on Tuesday, Jan. 28 against Haiti. The USA will then face Panama on Friday, Jan. 31 before finishing Group A play against Costa Rica on Monday, Feb. 3. All the U.S. group matches will kick off at 7:30 p.m. CT. 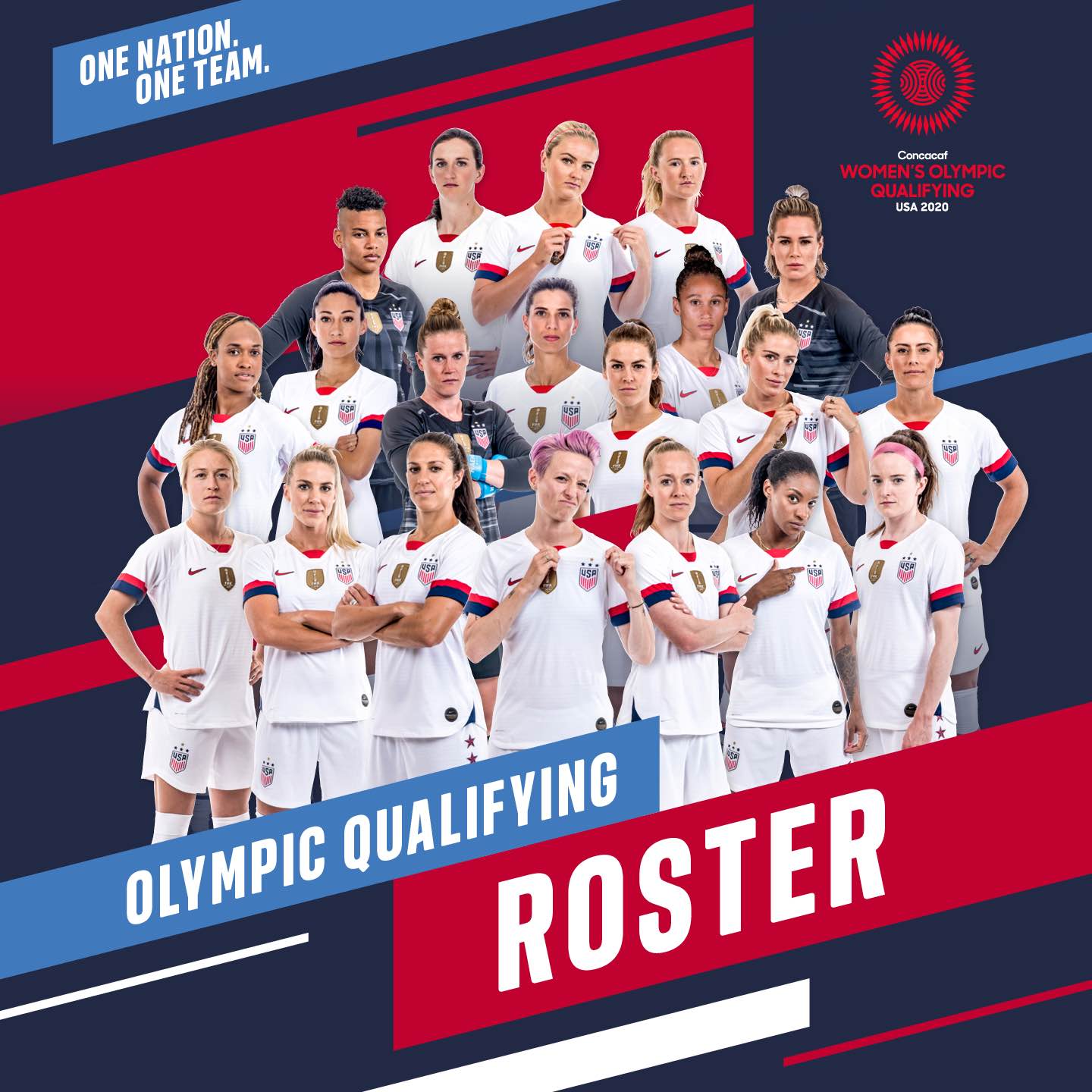 The U.S. will attempt to qualify for a seventh consecutive Olympic Games and win the Concacaf Women’s Olympic Qualifying event for the fifth consecutive time.

All 20 players selected were a part of the USA’s January training camp in Tampa, Florida that concluded two days ago. The roster features three goalkeepers (a requirement by tournament regulations) and 17 field players, which includes six defenders, five midfielders and six forwards, although many players on the roster can play more than one position.

“Full credit to the players for competing hard during our January camp and for making our final roster decisions difficult,” said Andonovski. “We have a balanced roster with versatile players and of course they have a lot of experience in important games. This is a team that understands that you have to be aggressive and unpredictable in how you create scoring chances but also knows how to be smart on defense at the same time. They are mature and savvy players who can adjust on the fly if needed and of course are highly motivated to earn that berth to the Olympics.”

Eighteen of the 20 players chosen by Andonovski were on the USA’s 2019 FIFA Women’s World Cup championship team and 13 players were on the USA’s roster for 2016 Olympic qualifying. Defenders Becky Sauerbrunn, Kelley O’Hara and Ali Krieger and forwards Carli Lloyd, Megan Rapinoe and Tobin Heath were a part of the team that qualified for the 2012 Olympics. Heath and Lloyd are the only players on the roster who also participated in qualifying for the 2008 Olympics.

The two players on the roster who were not a part of the 2019 Women’s World Cup Team are forward Lynn Williams, who scored 12 goals in the NWSL last season (second in the NWSL) for the North Carolina Courage and has been playing in on loan in Australia for the Western Sydney Wanderers this off-season, and midfielder Andi Sullivan, who was the first pick in the 2018 NWSL Draft and had an excellent second pro season for the Washington Spirit in 2019.

The round-robin stage of the Olympic qualifying tournament will be conducted with three doubleheaders in each group. Group A will have doubleheaders at BBVA Stadium on Jan. 28, Jan. 31 and Feb. 3, while Group B – which features Canada, Mexico, Jamaica and first-time final qualifying round contestant St. Kitts and Nevis – will play doubleheaders at H-E-B Park on Jan. 29, Feb. 1 and Feb. 4. Canada and Jamaica both participated in the 2019 FIFA Women’s World Cup in France.

The all-important semifinal matches will be on Friday, Feb. 7 at Dignity Health Sports Park, home of the LA Galaxy of MLS, with the winners qualifying for the 2020 Olympics in Japan. The championship game on Sunday, Feb. 9 will also be at DHSP in Carson, California.

Half of the Olympic field is set, with host Japan, Brazil from South America, Great Britain, Netherlands and Sweden from Europe and New Zealand from Oceania having booked tickets to Japan. Still to be determined are the two representatives from Concacaf, one from Africa, two from Asia and the winner of a playoff between the second-placed team from Africa and Chile, which finished second in the most recent South American qualifying tournament.