Both the U.S. Under-18 and Under-22 Women’s Select Teams earned victories to open their respective three-game slates this week against Canada. First, Casey O’Brien (Milton, Mass.) netted the overtime game-winner as the U18s came from behind to earn a 2-1 win. In the nightcap, Taylor Heise (Lake City, Minn.) scored twice to lead the U22s to a 4-1 victory. For recaps of both contests, read below. 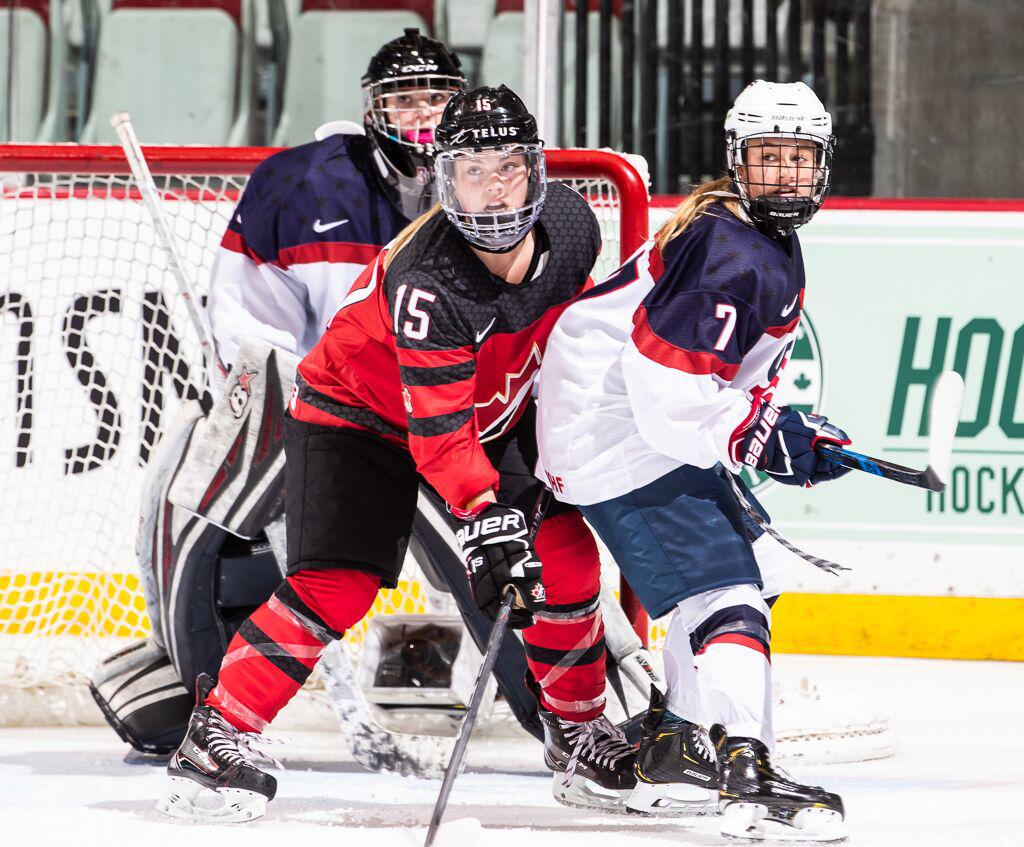 The U.S. had great opportunities on three power plays in the first period, with perhaps the best coming after the Canadians were flagged for a tripping infraction 12:22 into the action. As the U.S. cycled the puck around the offensive zone, Ashley Messier (Wilcox, Sask.) spotted an opening and fired a shot on net from the top of the right face-off circle that was stopped by Raygan Kirk. Haley Winn (Rochester, N.Y.) and O'Brien also recorded shots on goal during the power play, but the U.S. could not convert.

Canada opened the scoring during the second frame when a net-front scramble resulted in a deflected puck flying up and over U.S. goalie Skylar Vetter (Lakeville, Minn.) to give the Canadians a one-goal lead with 5:58 remaining in the period.

Makenna Webster (St. Louis, Mo.) netted the equalizer with 2:33 to play when she finished a feed from Abbey Murphy (Evergreen Park, Ill.) on the rush.

The game would remain tied at the conclusion of regulation, and the teams entered a five-minute three-on-three overtime period.

O'Brien buried the game-winner 1:17 into the extra frame when her shot from the left circle beat Kirk for a power-play tally.

Vetter finished with 28 saves to earn the victory in net for Team USA.