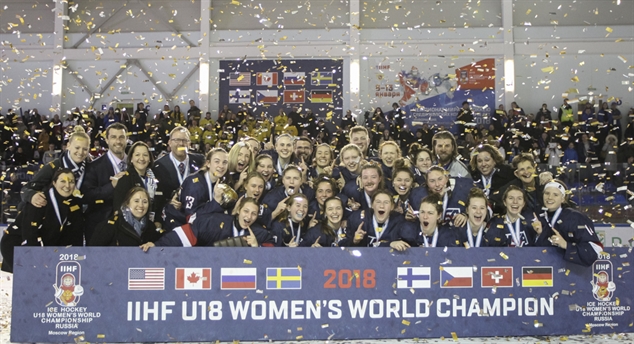 Team USA earned the top seed from Group A after topping Sweden in overtime, 2-1, Russia 5-3 and Canada, 6-2. In the semifinal round, the U.S. rallied from a two-goal deficit in the final period to top Canada in a shootout, 4-3. In a rematch against Sweden for gold, Team USA scored six goals in the second period en route to a 9-3 victory.