It’s been a busy week for the Barclays FA Women’s Super League and FA Women’s Championship sides as they gear up for another round of league action following their midweek Continental Cup ties.

Chelsea currently lead the standings with 16 points, but competition is quickly hotting up at the top of the division with the likes of Everton and Manchester United lurking outside the top three as we approach the festive period.

There has probably never been a worse time for Brighton to travel to Manchester United, the Red Devils coming into the fixture straight off the back of their 11-1 victory over Leicester City in the midweek cup tie.

Ella Toone bagged five of the goals as a rampant United swept aside their opponents on Thursday night, with Jess Sigsworth, Lizzie Arnot, Kirsty Smith, Jane Ross, Hayley Ladd and Lauren James also joining in on the scoring fun. 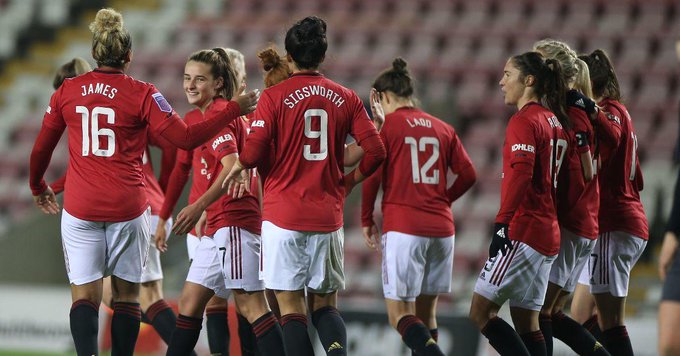 100 people are talking about this

They’ll be looking to replicate such a performance on Sunday to edge closer to the WSL top four and, if Brighton want to take anything from the game, they’ll need to improve on their North West goal-scoring form, the Seagulls failing to score on their last two trips to the region.

Hope Powell’s side will need to be on high alert throughout too. United have scored two of the three latest goals in the WSL this season, Ross’ 92nd minute strike against Tottenham and Katie Zelem’s 95th minute winner against Liverpool.

Like Brighton, Liverpool also have a tough away trip on their hands as the Reds make the trip down to Borehamwood to take on high-flying Arsenal.

The Gunners are enjoying a remarkable run of success, first beating Tottenham in the inaugural WSL North London derby in front of more than 38,000 fans before running out 7-0 winners over Bristol City in the Continental Cup.

177 people are talking about this

They may have lost the Merseyside derby last weekend, but Liverpool will take plenty of confidence from their 6-0 victory over Blackburn in the Cup on Thursday, however given that Arsenal have not conceded in their last 540 minutes of football, breaking the backline of Leah Williamson, Jennifer Beattie and co. is going to be quite the task for Vicky Jepson’s side. 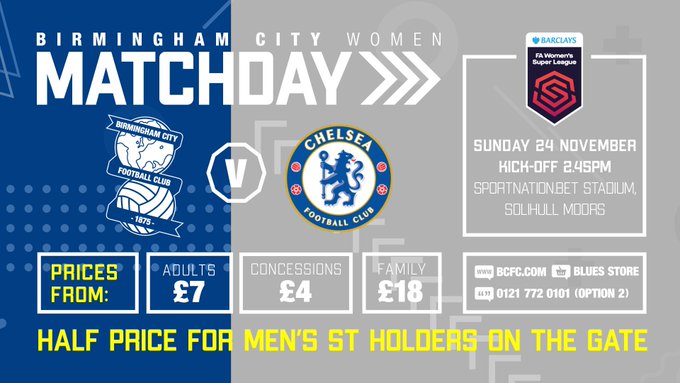 After a nine-game winless run against Chelsea in the WSL, Birmingham won their most recent meeting with the Blues in January 2019 and will be hoping to repeat that feat on Sunday.

However since losing to Birmingham in January, Chelsea have remained unbeaten in their following 12 Women’s Super League games, scoring 36 goals and conceding just eight.

No matter what, the fixture is sure to serve up plenty of enticing action. Only Fara Williams (4) has registered more Women’s Super League assists this season than Chelsea’s Fran Kirby (3). If both players start, the odds will say they are likely to add to those tallies.

Tottenham take on the Toffees

Tottenham will no doubt be looking to bounce back from last weekend’s defeat to Arsenal but face a brand-new challenge against Everton, who they are yet to meet in any competition.

Sitting in fourth behind Chelsea, Manchester City and Arsenal, Willie Kirk’s Toffees have got off to a blinding start to the WSL season.

They have won their last two WSL fixtures, but the Toffees haven’t won three successive contests in the competition since August 2011, winning five in a row under Mo Marley.

Meanwhile, Nick Cushing’s Manchester City will be looking to build on last weekend’s 5-0 victory over West Ham when they make the trip to Bristol City.

They lost on their last away trip to Arsenal, but Cushing’s side have only lost successive games on the road on two previous occasions in the WSL. 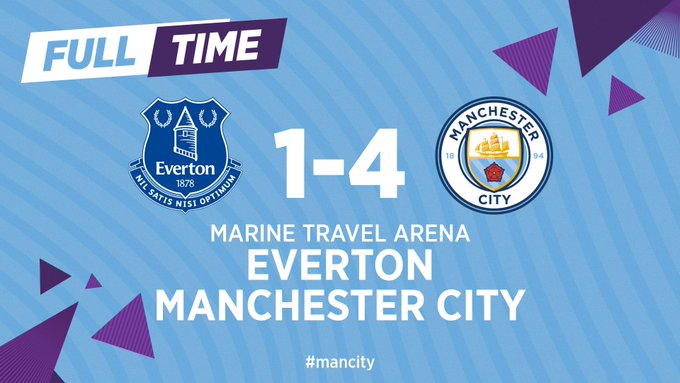 84 people are talking about this

Bristol City’s Ebony Salmon is sure to have a part to play if Bristol manage to rain on City’s parade, the striker having had a direct hand in three goals in her last three league appearances (two goals, one assist).

Should Jill Scott feature for Manchester City in this match, she will make her 133rd Women’s Super League appearance, the most by a single player in the competition’s history.

Elsewhere West Ham welcome Reading to Rush Green, the Hammers looking to leapfrog their opponents into seventh with the three points.

Meanwhile in the Championship, Sheffield United and Durham meet for the second time in just four days after the Blades ran out 4-0 winners over the North East-based outfit in the FA Women’s Continental League Cup on Thursday evening.

League leaders Aston Villa will be aiming to extend their lead at the top when they host Lewes, while second-place London Bees will be looking to keep pace with a win over Charlton.

Elsewhere Blackburn face Crystal Palace, while Coventry travel to a Leicester side aiming to bounce back from their midweek defeat to Manchester United.