Twenty of the world’s best women’s players have gathered in Chengdu, China, ready to battle over the next three days in a bid to win one of the most prestigious prizes in international table tennis. 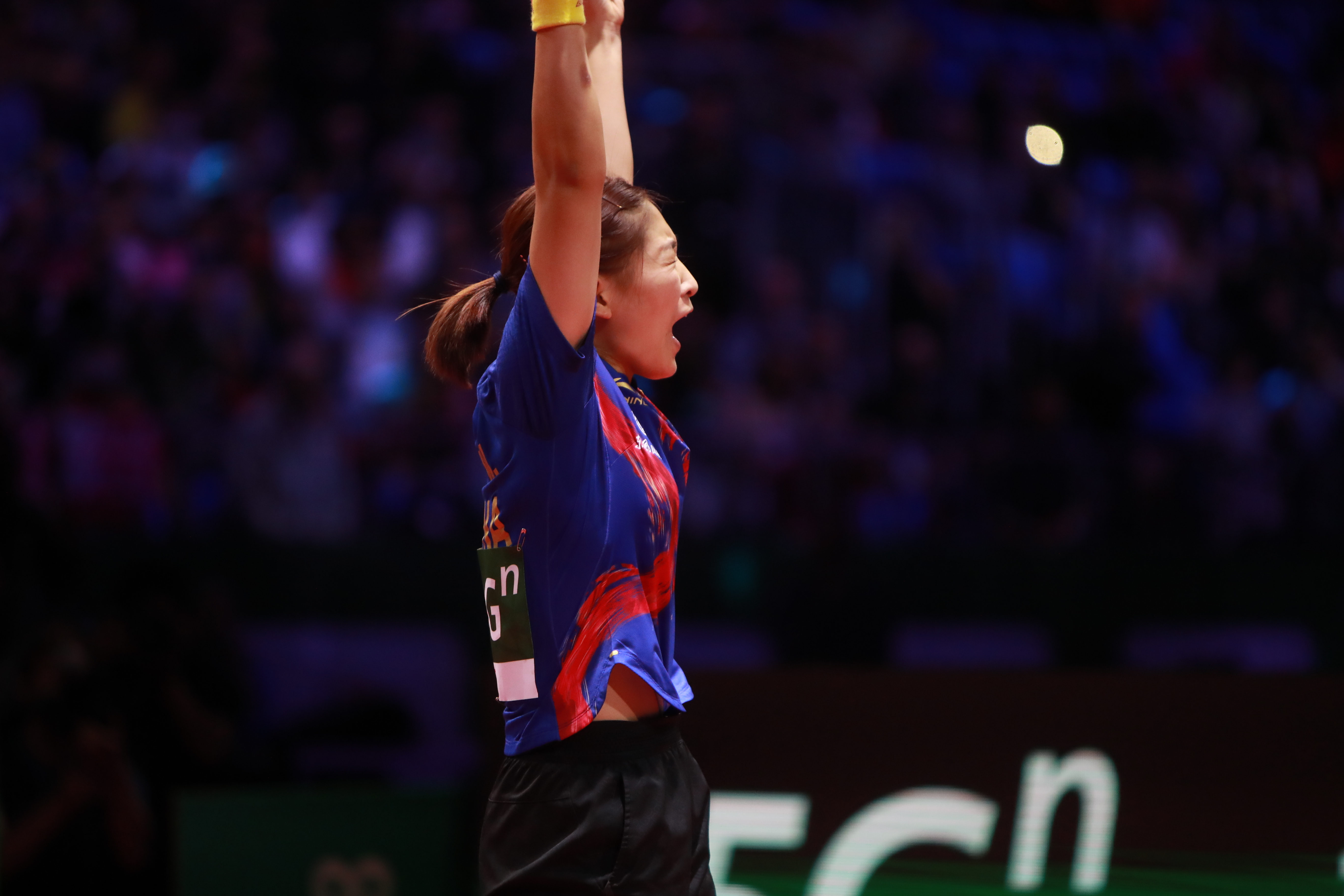 The Women’s World Cup forms part of the Grand Slam trio of titles, alongside the Olympic Games and World Championships. Whoever celebrates gold on Sunday 20th October will have to navigate their way past a highly competitive field of talent, stretching the entire globe.

A Women’s World Cup winner in 2009, 2012, 2013 and 2015, Liu Shiwen would set an all-time record were she to win the title for her fifth time here in Chengdu. Liu currently sits level with former greats Wang Nan and Zhang Yining on four titles apiece.

For the reigning World champion, after her famous exploits in Budapest earlier this year, victory in the Women’s World Cup would also put Liu one step closer to claiming an incredible Golden Grand Slam, which she would only complete by clinching gold at the Tokyo 2020 Olympic Games (subject to selection).

Fellow Chinese star Zhu Yuling also has experience of winning the Women’s World Cup in 2017 in Markham, Canada. This time however, the tournament takes on an extra special meaning for the player, who is native to Sichuan Province:

“Sichuan is my hometown and I will do my best to put on a strong showing at this Women’s World Cup for everyone watching here in Chengdu. I also hope that everyone will support me and cheer for me! Table tennis has had many competitions in Chengdu over recent years. I hope everyone can learn about Sichuan through table tennis, understand Chengdu, and fall in love with my hometown!” – Zhu Yuling

Friday 18th October is dedicated to the group stage, where the players seeded 9th to 20th play off against one another in a bid to reach the weekend’s knockout rounds.

The top two players from each group will qualify for the main draw, where they will be pitted against the 1st to 8th seeds.

Let’s take a look at the groups in detail: 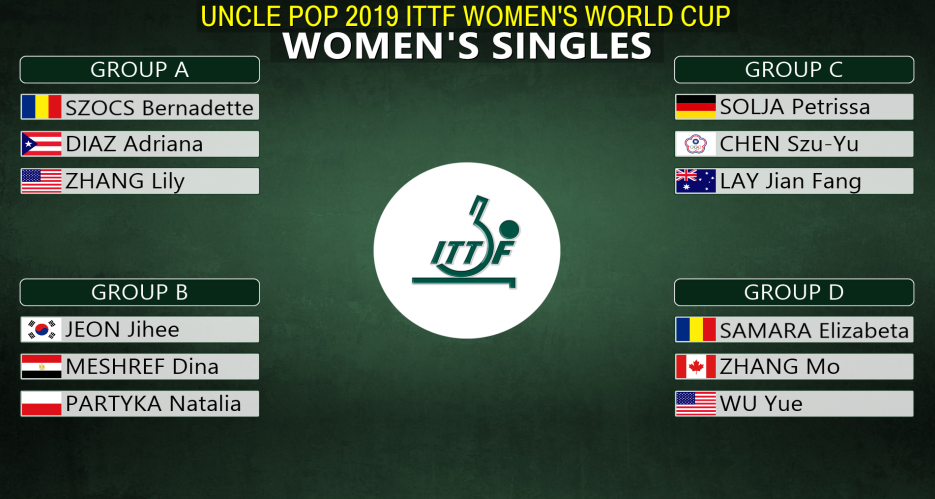 Group A
The highest ranked player involved in first-day action, Romania’s Bernadette Szocs has been drawn into a highly competitive group alongside Puerto Rican star Adriana Diaz and USA’s Lily Zhang. Szocs and Diaz – who is making her Women’s World Cup debut in Chengdu – have never crossed paths before, while the Romanian’s last encounter with Zhang came in an Under 21 contest back in 2015. This promises to be a tight race for the main draw.

Group B
Will Dina Meshref’s experience be the difference in Group B? The Egyptian is making her seventh appearance at the Women’s World Cup. In stark contrast, this is the first ever showing for three-time Paralympic gold medallist, Natalia Partyka of Poland. Completing the group is Korea Republic’s Jeon Jihee, who won women’s doubles gold at last week’s German Open. Can she convert that form into her singles game?

Group C
Another well-balanced group sees Germany’s Petrissa Solja joined by Chinese Taipei’s Chen Szu-Yu and Australia’s Jian Fang Lay. Solja and Chen head into the group as favourites to progress, but rule out Jian at your peril: the 46-year-old, carrying the hopes of Oceania on her shoulders, defied the odds to reach the round of 16 last year in Chengdu. Can she upset the odds yet again?

Group D
The fourth and final group sees Romania’s Elizabeta Samara welcome opposition from two North American stars in Canada’s Zhang Mo and USA’s Wu Yue. 2015 European champion Samara will fancy her chances of successfully negotiating the group stage but it is the head-to-head contest between Zhang and Wu that perhaps holds the most intrigue. Their three previous meetings have all favoured the Canadian, but Wu will be extra determined to avoid the same outcome this time out as she chases her first Women’s World Cup victory.