The Silver Ferns recorded a second straight win on the back of a comprehensive 71-45 result over Jamaica in the Vitality Netball Nations Cup in Birmingham on Thursday. 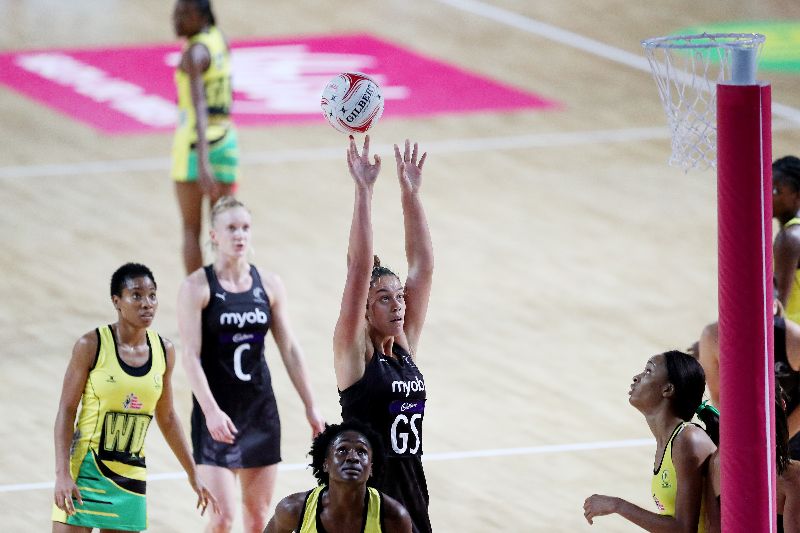 Silver Ferns coach Dame Noeline Taurua had identified Jamaica as a real threat ahead of the tournament but the Silver Ferns continued to show their poise and growing confidence following a 64-48 opening win over England, with a polished and at times ruthless second outing.

Missing an injured Michaela Sokolich-Beatson for the series and with shooter Bailey Mes nursing a minor niggle for today’s match, Taurua had less options at her disposal but it had little effect on the Silver Ferns ability to deliver a high-quality performance.

In an unchanged starting seven from the previous Test against England, shooter Maia Wilson picked up from where she left off with a player of the match outing. Producing her highest tally for the Silver Ferns in her 12-Test career with a standout return of 42 goals from 45 attempts, Wilson was an influential contributor with her strong movement and positioning.

“I’m really excited and really proud of the girls that we were able to produce such a clinical match,” Wilson said.

“I’ve been in the squad for a few years now and I’m finally getting my chance and I’m really trying to take that opportunity with both hands.

“I’m feeling great and am really proud I was able to have that resilience after not making the World Cup and to be able to come out here and really feel like I’m doing my job is what I’m really grateful for.”

Solid with the ball in hand going forward, the Silver Ferns disrupted Jamaica’s flow in limiting their opponents to just 12 attempts while forging an 18-11 first quarter lead.

On the back of a strong defensive effort with athletic goal defence Shamera Sterling leading the charge, Jamaica made a decisive start to the second stanza. Challenging the Silver Ferns attacking options created turnover opportunities for the Sunshine Girls who narrowed the gap to three early in the piece.

However, they were undone by a string of unforced errors which the Silver Ferns punished. From the custodian’s position, dynamic defender Jane Watson made her presence felt with a couple of late intercepts as the Silver Ferns restored their seven-goal margin.

Finishing with a flourish, on the back of 10 intercepts and deflections to Jamaica’s one for the half, the Silver Ferns powered into the main break with a handy 32-22 lead.

With the fleet-footed Whitney Souness taking over from wing attack Crampton for the second half, the Silver Ferns didn’t miss a beat. Producing a text book showing on attack, the score-line continued to grow for the Silver Ferns while the defensive unit of Watson, Phoenix Karaka and Karin Burger made life difficult for Jamaica on attack.

Te Paea Selby-Rickit came on late in the quarter for Ekenasio, the Silver Ferns continuing in dominant mode to hold Jamaica to just nine goals as the women in black went into the last turn with a decisive 51-31 lead.

The Silver Ferns meet South Africa in their final round robin match in London on Sunday at 3.30am (NZT).