The final competition day at the 2019 Mercedes-Benz Aloha Classic started with a beach clean at 9am with @lovetheseaplasticfree, which is a global non-profit organisation based in Maui aimed a bringing awareness and support about the environment. 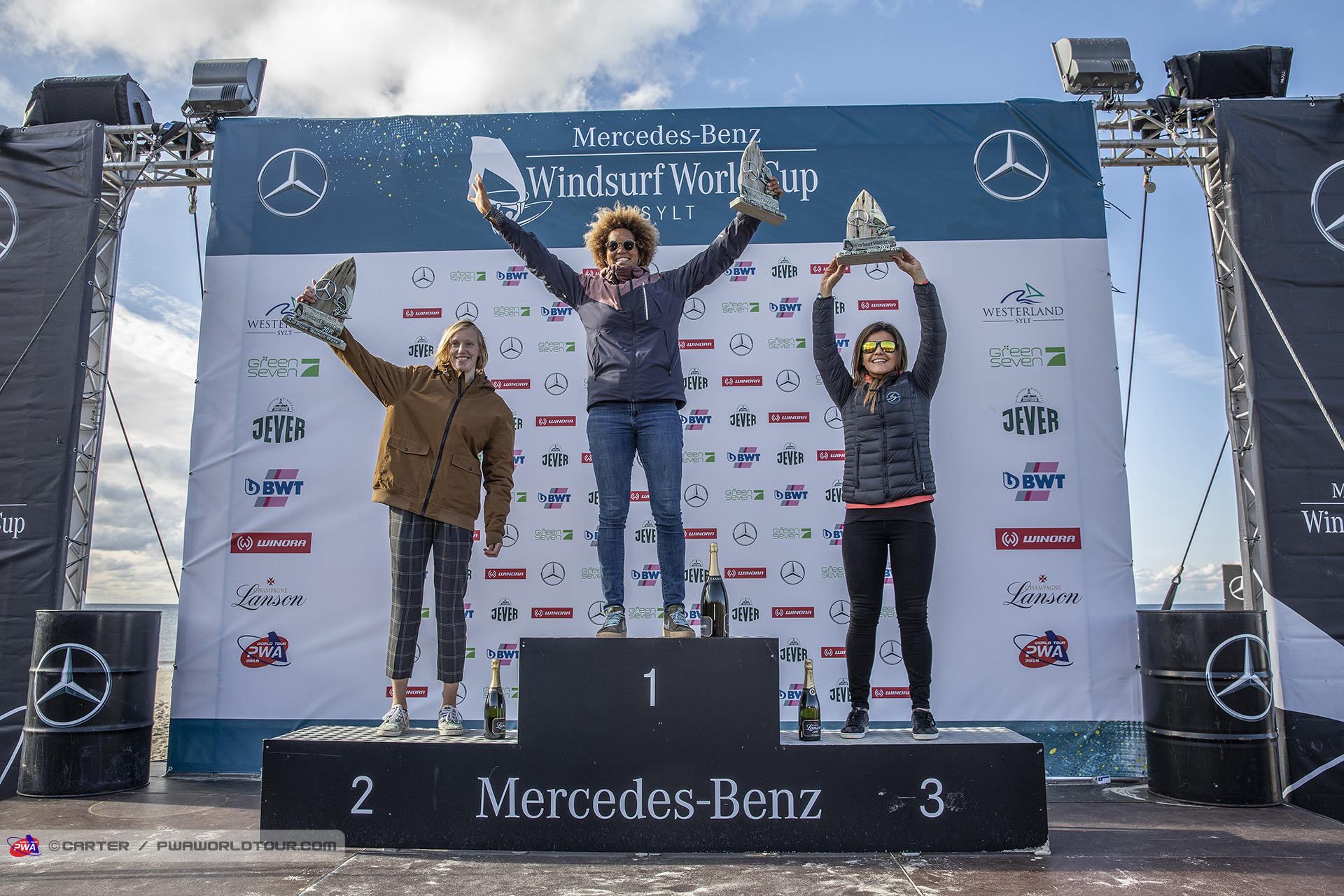 After the beach clean, the fifth day was relatively calm with the swell dropping in size - just overhead high in the sets - and light onshore winds meaning that the contest remained on hold for the morning and early afternoon with no real threat of ever becoming competable.

With the sailors officially released at 1pm that meant:

That by winning the 2019 Mercedes-Benz Aloha Classic - Sarah-Quita Offringa (Starboard / NeilPryde / Maui Ultra Fins) - becomes the first woman in over two decades to claim the Women’s PWA World Championship - aside from the legendary Moreno twins who have dominated women’s wave sailing for over 20-years. Offringa started the year with two third places, but then markedly stepped her game in both Sylt and Maui to reel off back-to-back wave event wins for the first time in her career and deservedly claims her first wave world title.

Sarah-Quita Offringa on winning her first PWA Wave World title: “Honestly, this one feels totally different from any other title I’ve previously won. Wave sailing was a challenge, still is a challenge and this year we’ve had so many different conditions with completely different conditions. The race for the title has been really tight, so that makes it so much sweeter to win this title. Actually, I didn’t really expect it to happen this year so I’m super happy!”

That is not only an incredible achievement for Offringa, who completes a career grand slam - having already won 12 Freestyle and 4 Slalom world titles, but it is also testament to the incredible level that both Iballa (Severne / Severne Sails / Maui Ultra Fins) & Daida (Severne / Severne Sails / Maui Ultra Fins) have set over the last two decades and their reign at the top is by no means over.

Daida dominated in Pozo earlier in the year, while Iballa finishes the year as the vice-world champion having won the world title for the last 5 years and was extremely close to winning this year’s title. If Iballa had have been able to hold on to her radical aerial in the final then the rankings may well have been reversed, but those are the fine margins that make the difference at the very top of the sport.

Justyna Sniady (Simmer / Simmer Sails / AL360) discards her result from Maui, but deservedly claims her place on the overall podium for the first time in her career - having finished on the podium in each of the opening three events.