Next up: The Quarterfinals

The third day of racing is completed and we now know which teams made it through to the quarterfinals. 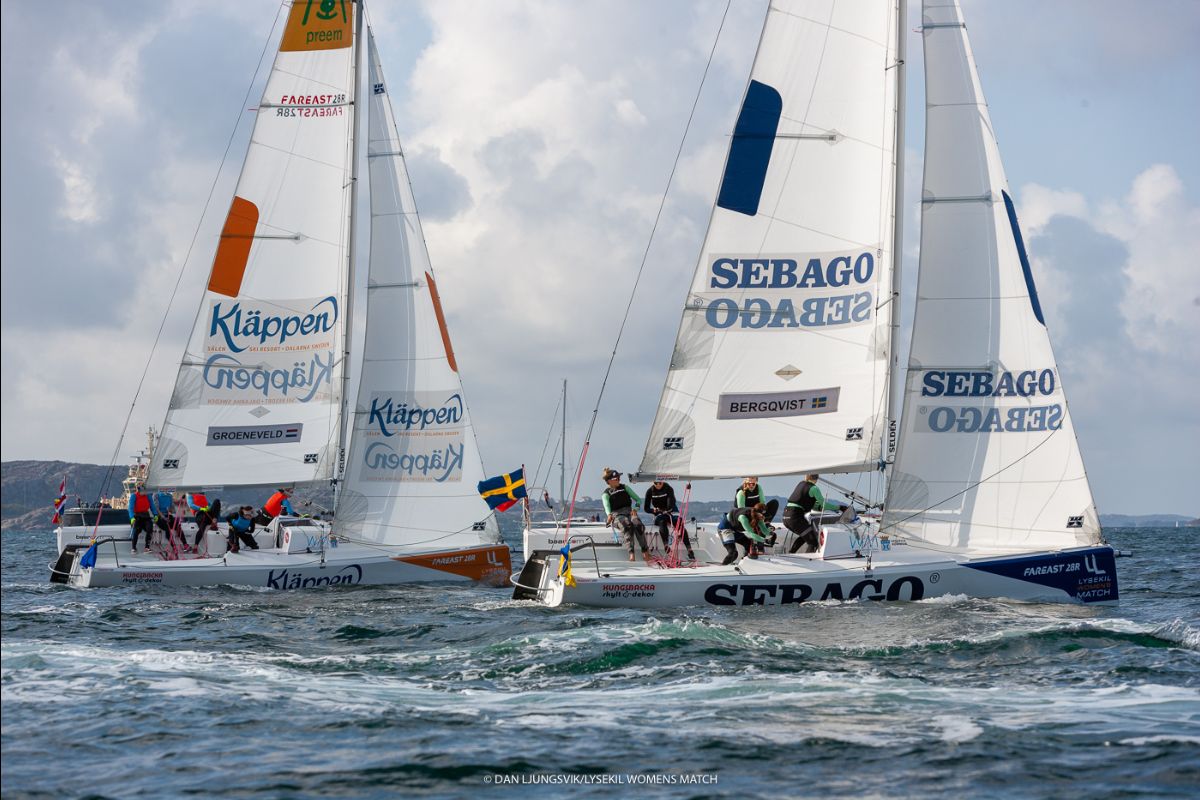 The weather, with sunny skies and a light breeze drew a big crowd in Lysekil, and opened up for a long day of sailing. After finishing the Round Robin, the four teams on top, directly qualifying to the quarterfinals were: 2017 and 2018 World Champion Lucy Macgregor with Team Mac, number one in the world - Pauline Courtois, Match in Pink by Normandy Elite Team, and the two Swedish: Anna Östling, WINGS, and Marie Björling Duell Team Emerson prevailed.

The teams ranked 5th to 10th after the Round Robin had to battle it out for the remaining four spots in the quarterfinals in the Repechage, sailing a second Round Robin.

Renée Groeneveld from the Netherlands, who won in Lysekil 2017, had a tough start to this year’s competition. Ranked 9th after the initial Round Robin, went on to sail in the repechage. With four wins out of five races they secured a spot in tomorrow’s quarterfinals after a long day of sailing.
– We are happy to get some more races in, because we have been getting into our grove. Sure, we are tired, but happy, to have gotten to race this much, says Groeneveld and continues:
– We are improving a lot, handling communication and decision-making much better now. I think we are feeling more comfortable and I believe that is when you start to see results.

The youngsters in this competition, Team Bergqvist Match Racing, had an even longer day than the Dutch. After falling short in their last race against Trine Palludan they had to fight in the Repechage for a spot in the next round of the competition.
With a total of eleven matches at the end of the third day they are joining the other swedes in the quarterfinals.
– It’s a great feeling! The girls have done all the hard work. We had a long day, but we have also gotten some extra races in and it feels like we have gotten the hang of it, which is a great feeling! Says a tired, but satisfied, Johanna Bergqvist as her team made it to the quarterfinals.

Tomorrow it is time to cut the eight teams down to four for the semi finals.