Laser Run was designed as a stepping stone to the Olympic Modern Pentathlon and the two worlds met during the final day of competition at the UIPM 2019 Laser Run World Championships. 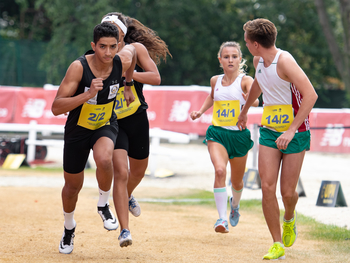 It was Mixed Relay day in Budapest and the Rio 2016 Olympic Games bronze medallist, Oktawia Nowacka of Poland, teamed up with Tokyo 2020 Olympic qualifier Lukasz Gutkowski to become world champions.

The Polish duo defeated the local favourites, 2019 individual champions Kamilla Reti and Richard Bereczki of Hungary, by 5.78sec in the Senior Mixed Relay while Sondos Aboubakr and Ahmed Hamed of Egypt won the bronze medal.

There was a second gold medal of the week for Blanka Guzi (HUN) in the Junior Mixed Relay, alongside Csaba Bohm. 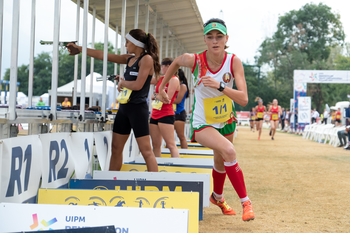 All results from the UIPM 2019 Laser Run World Championships are available here. 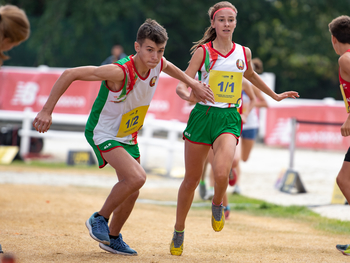 UIPM Executive Board Member for Development, Dr Viacheslav Malishev, said: “It was wonderful to see so much passion and determination from athletes of all ages taking part in the Mixed Relays at the 5th UIPM Laser Run World Championships here in Budapest.

“The combination of Laser Run and Pentathlon has been a great success this week and we are already looking forward to the UIPM 2020 Pentathlon and Laser Run World Championships in Xiamen (CHN).

“In the meantime, there are so many opportunities for people from communities in all cities and towns around the world to get involved in Laser Run, thanks to the UIPM Global Laser Run City Tour.

“Laser Run will also be a showcase sport at the 1st World Urban Games here in Budapest next week (September 13-15), which will really help to grow the profile of this popular development sport.” 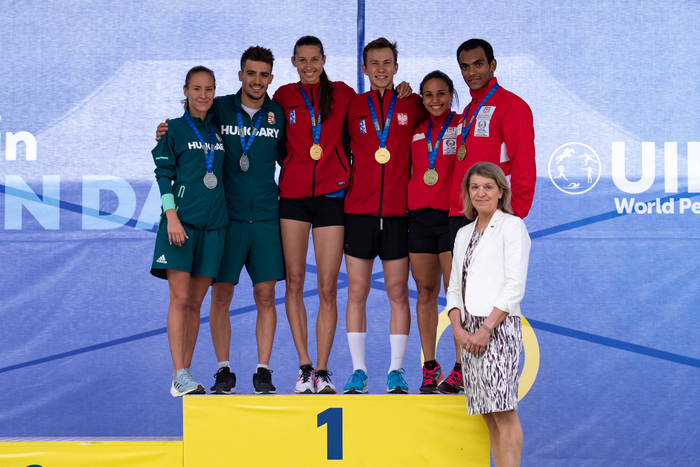