Start with Gunn Rita Dahle on the Trophy-Extreme Course Steph Kyriacou takes the Pro Plunge
Other Sports - 20. May 2019.

JONES ON TOP OF THE WORLD AFTER FIRST WORLD TITLE VICTORY 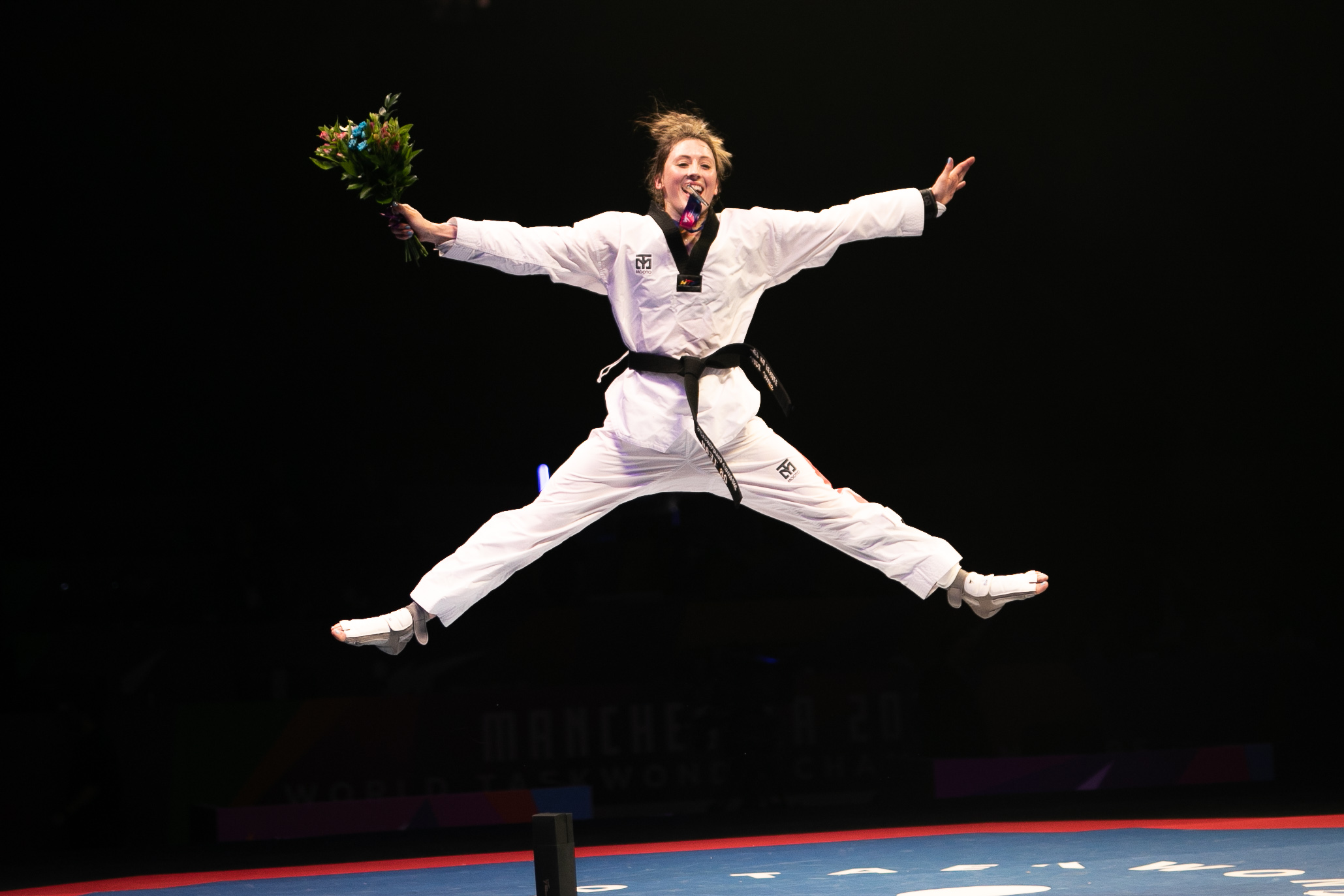 The double Olympic Games gold medallist had won silver and bronze medals at her previous four world appearances since 2011.

This time, in front of a partisan home audience the Welsh wonder finally delivered the goods, beating her South Korean rival 14-7 in the -57kg final.

In doing so she followed Manchester trained teammates, Bianca Walkden and Bradly Sinden, to the top of the podium.

Jones controlled the fight from the opening few exchanges and through a 10-3 lead was reduced to 10-7 in the closing stages of the final round, the Headhunter pulled away to victory.

“It still doesn’t seem real,” smiled the new world champion. “I have been dying to win this title but it’s the one that has got away so it just feels amazing.

“It’s always been the one that has got away. Sometimes, you have doubts-maybe I am just an Olympic girl.

“But I have done everything now so I can go to bed and sleep at night now.

“When you have lost the worlds and lost them again, you don’t want it to happen again. There is a little chip on your shoulder.

“It still wasn’t my best and there is more to come.”

Jones won her first major title in front of a home audience-the 2012 London Olympics- and she was roared on by a passionate Northern crowd as she broke her world duck.

“I have always been so lucky with the fans and I think if I lose, they lose with me. That means a lot because it’s not pressure, it’s support.

“It’s a good club to be in,” she said of her appearance alongside Walkden and Sinden in the world champions’ club.

“I am extremely proud of Bradly-an absolute legend. He truly deserves it. Bianca, three-times a world champion, it just makes you want to be better.

“We are constantly pushing each other and it’s amazing when it happens.”

*Lutalo Muhammad has been withdrawn from the -87kg weight division (Sunday) at the 2019 World Taekwondo Championships on medical grounds.

The 2012 Olympic bronze and Rio 2016 silver medallist said: “I am disappointed I won’t be able to fight in Manchester this weekend.

“I’ve watched my teammates compete and it’s been such a fantastic event for the GB Taekwondo team.

“With Tokyo just over a year away, my focus is on getting fit to compete on the Grand Prix circuit to try and qualify for my third Olympic Games in 2020.”