Flying Polish Teenager Cements Her Position at Head of Order

Poland’s Magda Woyciechowska stretched her lead at the 2019 Formula Kite Asians, just besting her countrywoman and training partner Julia Damasiewicz in a day of scintillating racing in perfect foiling conditions in China.

Local favourite and key rival, Jingle Chen (CHN), threatened to unseat the Pole when she exploded out of the blocks on the regatta’s fourth day at Guangxi province’s Beihai city—taking three bullets, two in the opening races.

But even after pipping Woyciechowksa in a photo finish after audaciously stealing the lead on the final downwind leg in the day’s race four, Chen suffered disaster when she twice dropped her kite before the start and failed to start the final two contests. 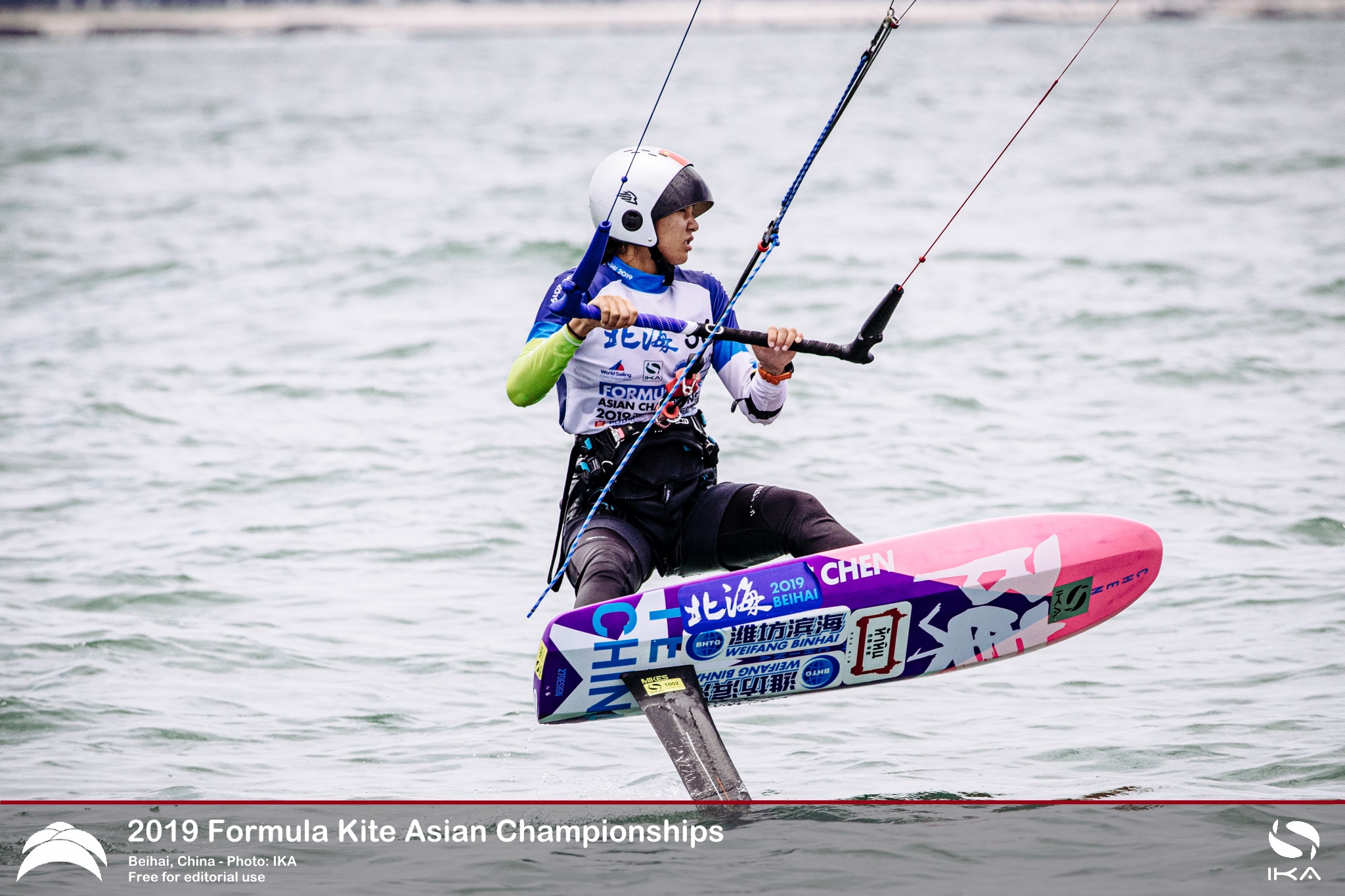 The catastrophe put her down the order to leave in her fourth overall, leaving the door open for Natalie Flintrop-Clarke who moved up to third after she scooped up a bullet and three third places in ideal 9 to 10 kts tropical breezes on the Gulf of Beibu’s flat waters.

Russia’s Denis Taradin also made hay in the sunshine, continuing his winning ways in the men’s fleet's six races, taking four bullets that gave him a lock on the top on the leaderboard, despite a disastrous first race when he crashed and could only manage eleventh.

The championship’s youngest racer, 12-year-old Max Maeder (SNG), looks ever faster and landed a bullet, a second and third-placed finishes that left him just adrift of the top five, comfortable in sixth overall. 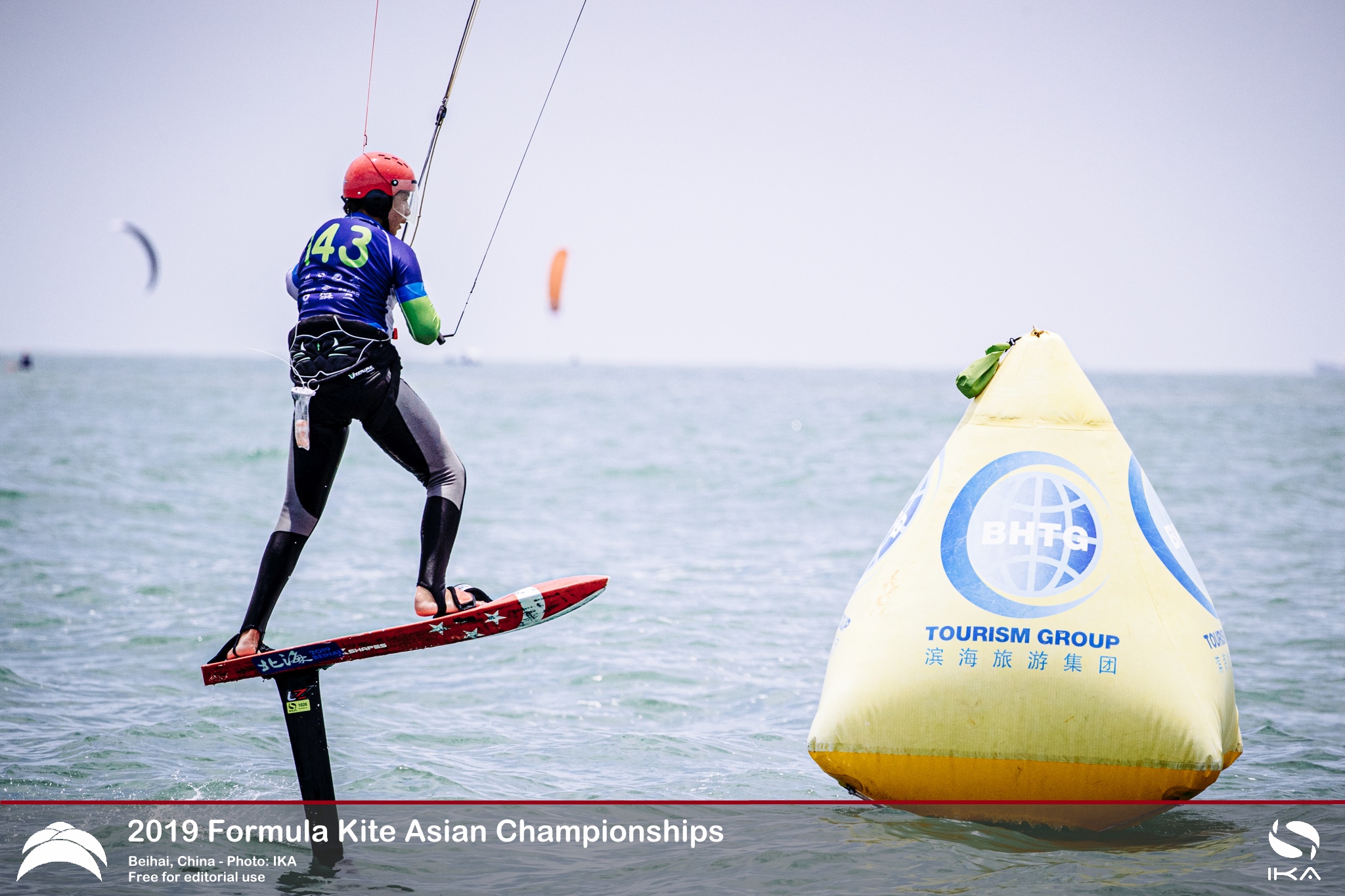 The fourth of the scheduled six-day regatta offered the best of the so-far slightly stuttering conditions that enabled International Kiteboarding Association (IKA) race officers to get six races away each for the men’s and women’s fleets.

Many of the athletes are going not only for glory in the Asians championships, but are trying to accrue enough ranking points to allow themselves a tilt at the Formula Kite kite medals at the inaugural ANOC World Beach Games in San Diego in October.

In the men’s fleet New Zealanders Sam Bullock and Lukas Walton-Keim are battling near the top of the order, hoping to land a Games’ spot. Bullock finished the day strongly in fourth overall after earning two thirds at the death, though he had seen Walton-Keim ahead take the early honours with a second and a third. 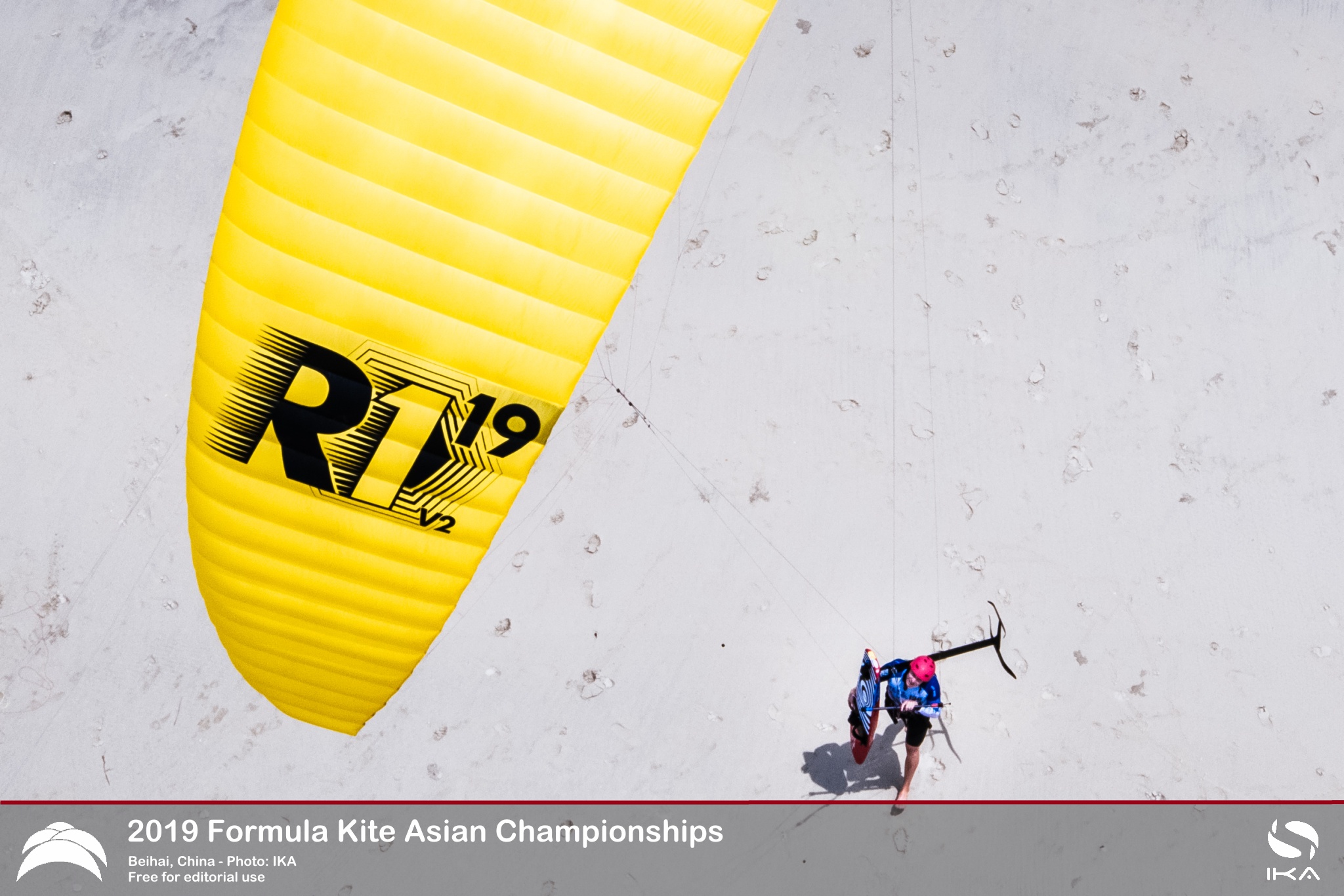 “That’s much better today,” said Walton-Keim. “I’m starting much better. A little bit of match racing there.  That helped. When I’m clear I have good speed and good angles. In the last few days I was punished when I was behind a little. I’m a lot happier.”

Maeder was happy, too, with his breakthrough success on the rhomboid windward-leeward track, though his joy was tempered by the knowledge consistency is the name of the game and that the regatta still has some way to run.

“I got lucky in a few races,” he said, downplaying his finishes. “But I’m really happy. I feel I’ve been riding my new foil, so it was a process of getting used to it. I don’t want to let this carry me away. A lot can still happen and everything could change.” 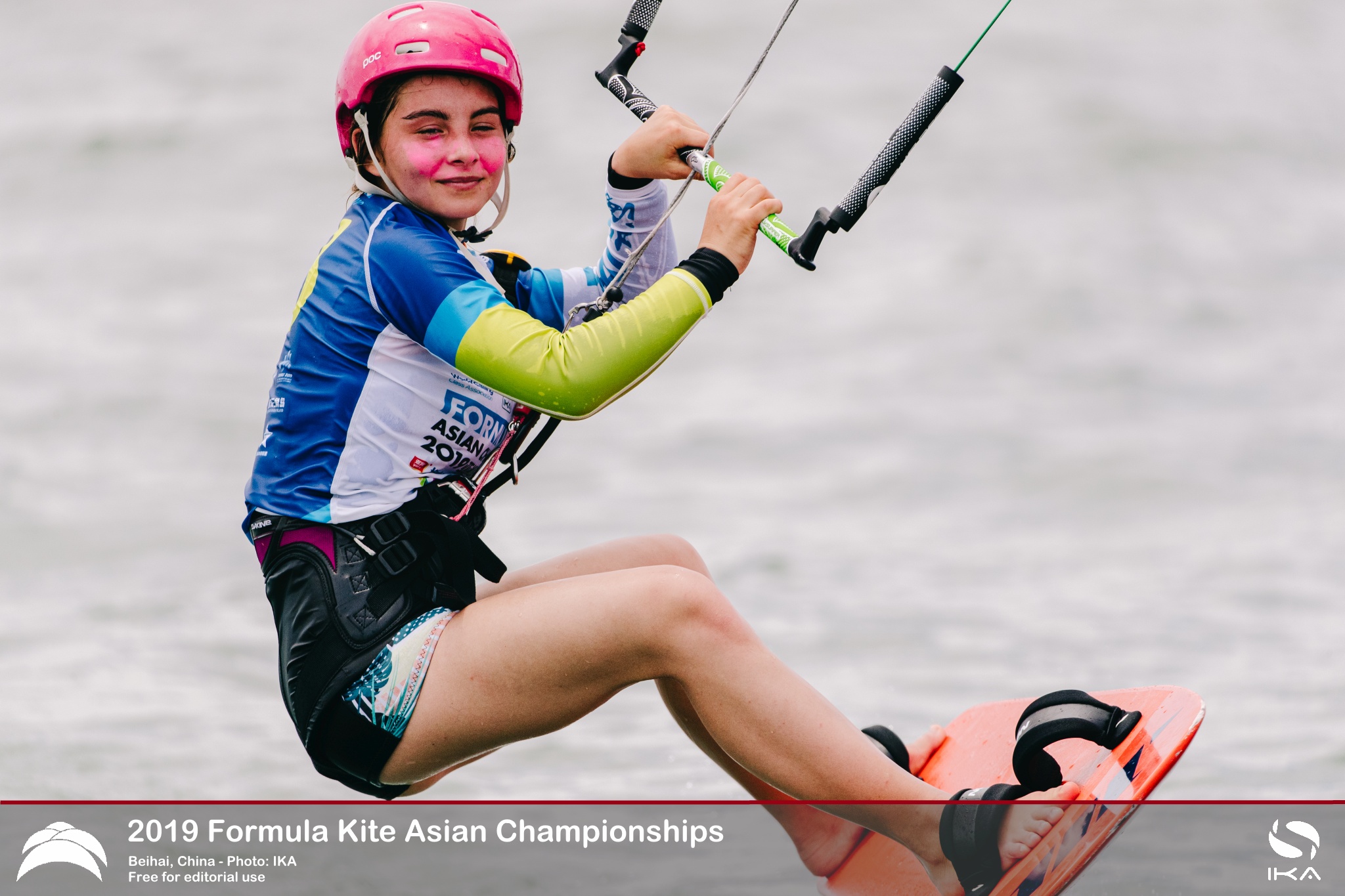 Woyciechowska, 14, was similarly grounded despite finishing the day with a bullet after being a model of consistency with five successive seconds that gave her a comfortable lead at the top of the order.

“It’s OK, but I can do better,” said Woyciechowska, ruing one loss to Chen after misjudging the final, vital gybe. “That race was very sad. I just went too far and gybed too late to make the finish line. So many seconds is not so good.”

But Australia’s Natalie Flintrop-Clarke, sitting in third spot overall just behind Damasiewicz, 14, was elated with her first bullet and a trio of thirds that lifted her closer to her somewhat younger rivals. She was even able to shrug off her costly misfortune in one race when she crashed tacking while leading.