WOMEN’S TEAM FINAL: CHINA HAVE TOO MUCH FOR JAPAN

The women’s team final pitted the two highest ranked teams in the world against one another, as China and Japan locked horns yet again. Yet again, China had the measure of their opponents, inflicting a ruthless 3-0 victory over their biggest rivals and hosts.

Chen Meng and Liu Shiwen (CHN) ensured that they, unlike their male colleagues before them, started on the right note, defeating Kasumi Ishikawa and Miu Hirano (JPN) in straight games (11-7, 11-9, 12-10).

The contest’s blockbuster viewing came in the form of Mima Ito (JPN) against Sun Yingsha (CHN) as two of the sport’s most talented teenagers put on a mesmerising show that gripped a vociferous capacity crowd at the Tokyo Metropolitan Gymnasium.

With the backing of the home supporters, Ito looked set to hand Japan a lifeline in the match when she led 2-0, but Sun fought back aggressively to take the match to a fifth, deciding game, where she showed nerves of steel to save three match points and see out an incredible comeback victory and crushing blow to Ito and Japan (8-11, 9-11, 11-6, 11-7, 12-10). 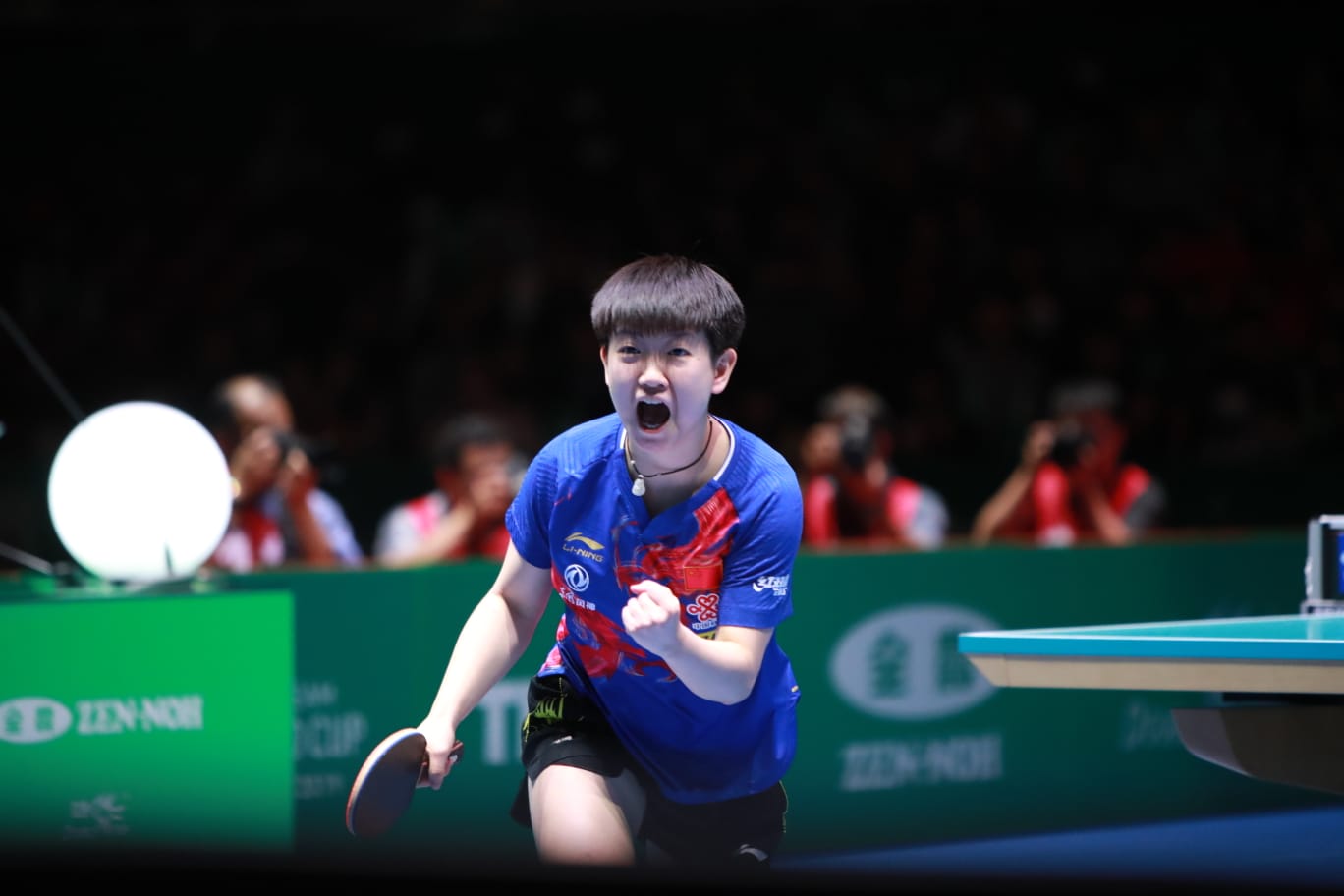 “I am still playing back the memory of the match in my head having led 2-0 and I cannot really explain what happened as I am still in the dark of what went wrong. With the scores at 2-2, I realised that my opponent was playing her own style because initially she had problems playing her game. However, when she got back to her style, she started gaining the edge over me.” – Mima Ito

Next in line, Liu Shiwen rarely put a foot wrong in her match against Miu Hirano, winning in straight games (11-3, 11-8, 11-5) to spark scenes of jubilation amid the Team China bench and fans in the stands.

“I am very happy to win this title. Today my two team-mates played really well. They gave me a lot of encouragement. This was a real team effort.” – Liu Shiwen

For Team Japan, this Team World Cup represented a taste of what could follow when they stage the Tokyo 2020 Olympic Games in eight months’ time at the very same venue, the Tokyo Metropolitan Gymnasium.

Upon their showings this week in the capital, the evidence suggests that they will continue to challenge for medals next year on home soil, but bridging the gap with China will remain an extremely stern test.

Nonetheless, Japan dealt well with the pressure of hosting this event, when it had seemed like nerves could get the better of them, not least the men’s team who succumbed to an opening group-stage defeat to Team England (1-3) on Wednesday.

However, they looked a completely different outfit the following day in their emotional quarter-final victory over 3rd seeds Team Germany (3-1), in which Tomokazu Harimoto won personal duels over Dimitrij Ovtcharov and Patrick Franziska, either side of Maharu Yoshimura’s shock win over legend Timo Boll. China proved a step too far, overpowering the hosts 3-0 in Saturday’s semi-final.

Likewise, Japan’s women turned on the style when they defeated Romania 3-0 in their quarter-final before seeing off the significant threat of Korea Republic (3-1) as they were forced to come from behind when Shin Yubin and Jeon Jihee won in the doubles. Japan’s response was strong and spirited, as Mima Ito posted comeback wins over Choi Hyojoo and Shin either side of Miu Hirano’s impressive straight-games success against Jeon.

It should be noted how the Japanese crowd truly embraced the occasion, producing a cauldron of noise inside the arena: an atmosphere that bodes well for Tokyo 2020.