Start with Gunn Rita Dahle on the Trophy-Extreme Course Steph Kyriacou takes the Pro Plunge
Other Sports - 20. May 2019. 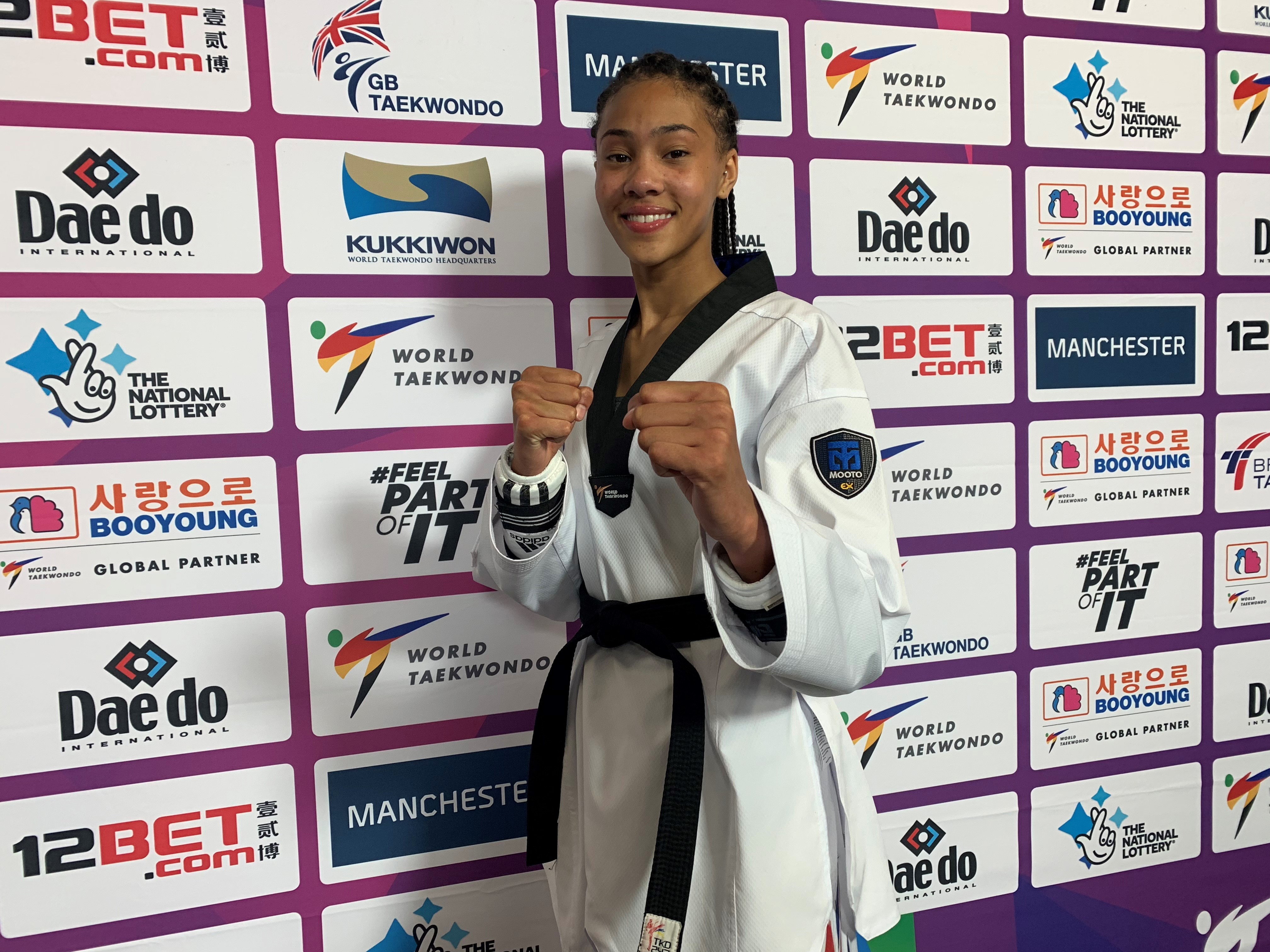 The 16-year-old Huddersfield youngster has combined her GCSE studies with preparing for her first senior competition.

And she handed out a series of taekwondo lessons on her -53kg debut to join Bianca Walkden, Bradly Sinden and Jade Jones on the podium.

“My initial; aim was to win my first match and everything after that was a bonus,” said the reigning junior world champion following a 38-5 defeat in the penultimate round to Russian Tatiana Kudashova. “But everyone comes here to win

“However, if someone had told me I would get to the semi-finals I would have taken that.

“There was no pressure because I am one of the youngest people in the competition. But in my own mind, I know my own ability.”

Despite her junior world success, Powell suffered an early exit in the 2018 Youth Olympics.

“They were a big learning curve for me,” admitted the Quest Taekwondo prospect.

“I prepared well for it but when I got there I crumbled with the atmosphere, the crowd and the title of the competition.

“Sometimes in juniors, you can get away with it if you a bit sloppy, but seniors are not going to give you that break

Powell’s achievement eclipsed Jade Jones who was 18 when winning in South Korea eight years ago.

Receiving a bye in the first round, she looked perfectly at ease in her unfamiliar surroundings, even taking out Greece’s Christianna Tyrologou on golden point

She followed up by beating Morocco’s  Oumaima El Bouchiti to earn a semi-final showdown against Russia’s Muju silver medallist.

She received a first-round bye and then came up against Iran’s Kimia Hermati. And there was surprise and disappointment for home fans when the Welsh youngster bowed out against the 2018 Youth Olympic Games silver medallist.

“I am absolutely gutted,” said the Blackwood youngster through her tears.

“If there was a situation I could explain my worst nightmare, I have just lived it, unfortunately.

“I am just devastated. I had terrible preparation leading into it and I never wanted that to be an excuse.

“At the Turkish Open, I had a successful competition but managed to break my leg and the road leading up to this has been about recovery and trying to get me the best I can.

“I felt good in the warm-up and I felt good until I stepped on the mat and I wasn’t ready.

“It will take me a while to get over this because it is such a massive event. In sport these things happen but unfortunately, it happened to me. But I will be back.”

Damon Sansum, fighting at -80kg couldn’t add to his double world championship medal tally. He cruised through his first match against Tharaka Kasun Jayatliaka Sanguge of Sri Lanka 44-4 by points gap before securing a dramatic 8-7 victory over Partik Divkovic.

He looked set for another last gasp win against Italy’s Roberta Botta only to slip to a 13-12 defeat in the last 16’s.

“It’s a split second that’s the difference between winning and losing; makes someone medal and win the worlds or lose in the third round,” said Sansum.

“Regardless, it’s my fifth world championship and that’s over 10 years. I am 32 and I am still competitive.

“The next world championship is two years away so for me pushing into Tokyo is as far as I can see at the moment.

“I have had to adapt from previous styles to current taekwondo, I’ve had to keep up with everyone, change things, I train hard which is why I have been successful.”

Four years after selection to the 2015 edition of the championships, Liverpool’s Josh Calland acquitted himself well on his return.

He defeated Alexander Ortiz of Peru 17-12 and Greek Nikolaos Kalaitsidis 33-13 before bowing out32-16 against Turkey’s Ferhat Can Kavurat.

“I tried to enjoy the occasion, but I couldn’t; get the result I wanted,” said the 25-year-old from Liverpool. “But I can’t believe how much I have grown physically and mentally since the last Worlds.”